Amid rumors that Greece might not pay its creditors if there is no progress in negotiations on its bail-out plan, Athens has made it clear that one thing is not linked to the other and has denied reports that it is planning to default, while stressing that it is doing everything possible to reach an agreement as soon as possible 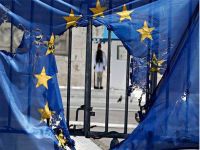 In response to renewed rumors that Greece is preparing to default and also to hold a snap election, the message from Athens was given loud and clear by a spokesperson from the Greek Government, two months after Greece negotiated a three-month extension (from the end of February) for repayment tranches of its 240 billion Euro bailout, as the pay-back dates to the International Monetary Fund draw close. On May 1, Athens must pay 203 million Euro, reinforced by a further 770 million Euro on May 12.

The rumors were sparked off by a low level of liquidity in the Greek treasury, and the alleged need for 2.4 billion Euro this week to make payments to the internal public sector (salaries for civil servants and salaries).

As regards the rumors that Alexis Tsipras, the Greek Prime Minister, is planning to hold a snap election, if the negotiations with Greece's creditors fail, the Government spokesperson also denied that this was the case.

From the other side, the European Commission has also made it clear that it wants the negotiation process with Greece to proceed. The Eurogroup is to meet on April 24 in Riga, capital city of Latvia, where the Greek question will be on the table, but for those who persist in speaking of a Grexit, or a Greek Exit, from the Eurozone or even the European Union, this is also not a likely scenario.

The word of the day is "understanding" at a particularly delicate time when Athens states it wishes to comply with its obligations and honor its commitments but it needs the European Union to help and part of this process will be unblocking the funds that Athens needs to fulfil its internal commitments..

Some, however, in the EU are intransigent, there existing a feeling in some circles in Northern Europe that the South should be punished for its wrong-doing in the past and must learn to live within its expenses. This is all very well for economies which have stronger structures to thrive even in times of crisis but the playing field is not level for more vulnerable economies which have seen parameters imposed upon them from abroad in return for being members of the Euro-Club.

The position from the EU is that Athens must present a further list of political measures (austerity plans) which the creditors will analyze to see if they unblock the funds much needed by Athens.

However, if financial support from its official creditors has been blocked since last August, and if the two lists of reforms presented by Tsipras have not been accepted, maybe the solution for Greece is to look elsewhere. After all, Germany has refused to even consider paying around 250 billion Euro in compensation for damages to Greece and its economy in the Second World War, so...