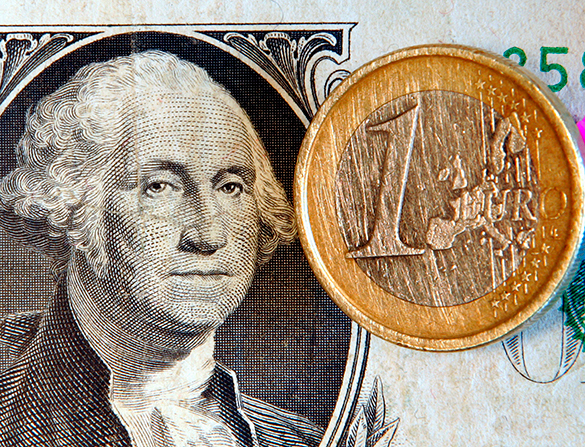 Russia was the first among BRICS members to have ratified the establishment of the New Development Bank, the main goal of which is to support investment projects for participating associations. The new bank is seen not only as support to economies of the five countries, but also good counterbalance to the IMF, the World Bank (International Bank for Reconstruction and Development, IBRD) and other creditors.

The history of the New Development Bank of BRICS

Russian President Vladimir Putin signed the law on the ratification of the agreement about the new New Development Bank in early March, while the State Duma of the Russian Federation ratified the agreement on February 20. The establishment of the bank and its political and economic importance in the world was widely discussed in the summer of 2014.

The BRICS countries contrived the new organization as an alternative to borrowing from the IMF. The idea of ​​this financial pool was first discussed at a meeting of the BRICS countries during the G20 summit in Los Cabos back in 2012. Brazil, Russia, India, China and South Africa approached the creation of the New Development Bank as an analogue to the IMF.

The BRICS Development Bank has pretty good prospects, given the fact that the developing countries of the bloc will continue to accept new members. On March 5, special envoy of the Russian Foreign Affairs Ministry, Coordinator of the Group of Twenty and BRICS countries, Vadim Lukov, said that it goes a number of large developing countries. Argentina, Mexico, Nigeria, Indonesia and several other countries have already announced their readiness to join BRICS.

Thus, the foundation of the New Bank will continue to grow. It is assumed already that the bank will be one of the largest multilateral development institutions with the stated capital of 100 billion dollars.

Will the new Development Bank be an alternative to the IMF for developing countries? Pravda.Ru asked this question to experts.

"I do not think it will be big competition for the IMF, as the IMF, as a rule, does not finance structural projects. It does not fund separate business projects. The IMF is a sovereign structure. The IMF, as we know, comes to the rescue when the entire financial system of this or that country is standing on the verge of collapse of great difficulties. Yet, the new banks of the BRICS countries will be a good replacement to the EBRD, the activity of which has died away during the recent years," Director of the Analytical Department of Nord-Capital Vladimir Rozhankovsky, told Pravda.Ru.

The BRICS bank will become a significant competitor to both the World Bank Group and the International Bank for Reconstruction and Development, Associate Professor at the Department for Foreign Area Studies and International Cooperation at the Institute of Public Administration and Management, Roman Andreeschev told Pravda.Ru.

"BRICS members have been emphasizing the need to reform the IMF since 2009, so that the developed countries could have a more equitable system of governance in international financial institutions. This idea found support at the G20 in 2009.

Russia was the first of the five countries in the bloc to have ratified the agreement on the creation of the New Development Bank. During the BRICS summit to be held in summer in the city of Ufa, all countries of the block are expected to ratify the document too. Afterwards, over the next seven years, all five parties will need to invest $2 billion each - that is $10 billion is to be collection.

"If you look at the APEC summit that was held in Beijing this year, or at the G20 summit in Brisbane, Australia, then it becomes clear that the main question was about the construction of infrastructure to help businesses increase turnover," Roman Andreeschev told Pravda.Ru. Many infrastructure projects are so expensive that private businesses show no interest in them because they can not afford them. Therefore, the participation of state structures in the implementation of infrastructure projects is an issue of first priority," he said.

In turn, Vladimir Rozhankovskiy suggested that the work of the New Development Bank will work especially well at the junction of joint projects, such as Chinese projects in South Africa, Brazil and Russia.

According to the expert, the bank will work to fund joint projects, in which several BRICS members participate.

Meanwhile, officials at the Ministry of Finance of Russia expect the new New Development Bank will be operational already by the end of 2015 and will work in full force in four or five years.

BRICS and the myth of the multipolar world

BRICS can change the world order