BRICS can change the world order 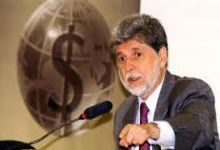 The leaders (in the case of Brazil, the leader) of the five emerging countries, with the accession of South Africa, now part of the BRIC countries, gathered in Sanya, China on April 14 last. South Africa's entry into the group is welcome in order to have Africa included. The growing importance of Africa in the international arena is no longer contested.

By Celso Amorim, at CartaCapital

Evidently, the professional pessimists continue to point out differences of interests between members of the BRICS, resulting, in fact, in discomfort with the creation of this great area of ​​cooperation between countries that until recently were considered underdeveloped.

The world is witnessing the rise of the BRICS with a mixture of hope (split fees) and fear (of sharing decisions). With the rise of the BRICS, the season is ending in which two or three Western powers, permanent members of the Security Council of the United Nations, could meet in a room and come out of there ostensibly speaking on behalf of the "international community."

I had the opportunity to participate in the first movements that gave birth to BRIC (then without the "S"). Or to use a terminology that I am borrowing from philosophy, the passage of BRIC becoming a reality "into itself," identified by the market analyst, Jim O'Neill, to a "reality unto themselves."

It took four or five years for those countries to assume their identity as a group. The first step was the invitation of Russian Foreign Minister Sergei Lavrov, for the foreign ministers of the four countries to gather on the sidelines of the UN General Assembly. The meeting had little structure. Interaction, even if there was some, was restricted to the Russian minister and me.

The following year, I took the initiative to invite my colleagues for a working lunch at the official residence of our permanent representative to the UN, Maria Luiza Viotti. It was during this meeting that the decision was made, initially viewed with some reservation by China, to convene a meeting to be held in one country - not as a mere appendage to the heavy agenda of the ministers during the General Assembly meetings.

Thus, in May 2008, the first formal meeting of BRIC was held in the cold Russian town of Ekaterinburg on the edge of Europe with Asia, with a final statement, still at the ministerial level only. The following year, a meeting took place in Russia again, the first leaders' summit.

In short, the leaders of the BRIC countries no longer have doubts about the importance of meeting to discuss cooperation between them on issues of global interest, finance, trade, energy, climate change.

On Libya, the desire to find a solution "by peaceful means and dialogue" was reaffirmed. More generally, referring to the Middle East and Africa, it was reaffirmed that the use of force should be avoided.

As noted by the commentator of Financial Times, Gideon Rachman (although I disagree with his analysis of motivation), the Anglo-Franco-American intervention in Libya may be the last "Hurrah!" of what he calls liberal interventionism. Pointing out that Brazil, India, Russia and China abstained from the resolution that authorized "all necessary measures" to establish the no-fly zone and "protection" of the civilian population, Rachman said, "the rising economic powers are skeptical about the concept."

Moreover, if the Council meets again on the subject, it is likely that South Africa, freshmen in BRICS and having to take into account the most recent positions of the African Union, would have to follow their new group mates. That would leave the coalition that supported the use of force dependent on a single vote for anyone wishing to take new action.

Well ... what are the consequences of all this? The fact is that with or without reform of the Security Council it will no longer be possible for a long time that a small group of Western powers decrees what is the will of the international community. Likewise it is no longer possible for the G-7 (G-8, from an economic standpoint, is a fiction) to dictate the rules that the IMF will have, the World Bank or the WTO to implement.

Clearly, while the UN Security Council is not effectively reformed, everything is more complicated and the great powers that emerged victorious from World War II, especially the United States, will continue to bargain for support from Russia and China, through concessions, as it did upon the adoption of sanctions against Iran. However, the task will become increasingly difficult.

The emergence of the BRICS in the current format is a true revolution in the world balance, which becomes more multipolar and more democratic. Sometimes, revolutions (I mean real ones, of course) require time to institutionalize.