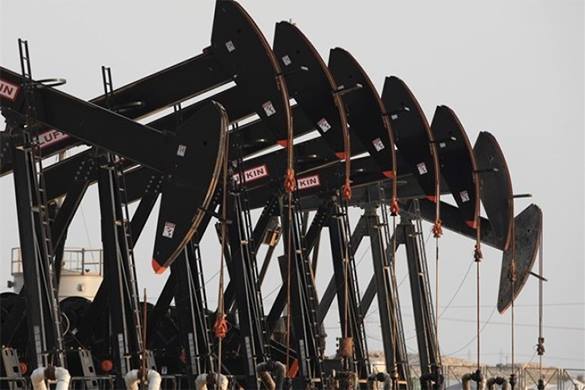 Saudi Arabia promised to cut oil production if the Kremlin agreed not to support Syrian President Bashar al-Assad. According to The New York Times, Saudi and Russian officials were conducting negotiations on the subject, although no result had been achieved yet.

A Saudi delegation visited Moscow in November 2014 to discuss the Syrian issue, The New York Times reports with reference to a source in the administration of US President Barack Obama. According to the source, the two countries had conducted an active and tense dialogue over the past few months. The Saudis conducted meetings with Russian partners informally, and it remains unclear how the death of King Abdullah may affect the talks, RBC reports.

The newspaper obtained the information about the negotiations between Russia and Saudi Arabia from several sources in diplomatic, intelligence and political circles, who spoke on condition of anonymity to comply with diplomatic protocol. According to newspaper's sources in Saudi Arabia, the participants of the talks believed - and they assured the United States of that - that they had certain leverage over Russian President Vladimir Putin.

In August of 2013, it was reported that Saudi Arabia allegedly offered Russia to refuse from the support for the government of Bashar al-Assad at the UN Security Council. Informed sources told Reuters then that Riyadh was ready to buy Russian arms worth $15 billion. In addition, Saudi Arabia was ready to guarantee that in the event of the toppling of Assad's regime, there would be no pipelines built via Syria that could damage Russia's positions in the European market.

Foreign policy adviser to the president of Russia, Yuri Ushakov, told Reuters later that the parties did not discuss any agreement on Syria, but agreed that the situation in the country was raising serious concerns. According to Ushakov, no questions of practical nature were raised at the talks. The official also said that the meeting between Russian President Putin and Saudi Prince Bandar bin Sultan was of "philosophical" character.

After oil prices started falling in the summer of 2014, representatives of Saudi Arabia publicly stated that, in their opinion, prices on oil could reflect only the global balance of supply and demand. They also insisted that Riyadh had no intention to add geopolitics to its economic agenda.

"Until recently, Russia was discussing oil issues in a purely economic context. If the talks did take place, it means that the debate took a different direction. It is clear that the issue of oil prices has a geopolitical component, because there are  countries that are interested in keeping oil prices on a high level - to maintain public spending and stability in the country. Without a doubt, low oil prices contain a destabilizing component in terms of geopolitics," an analyst with Investcafe, Grigory Birg told Pravda.Ru.