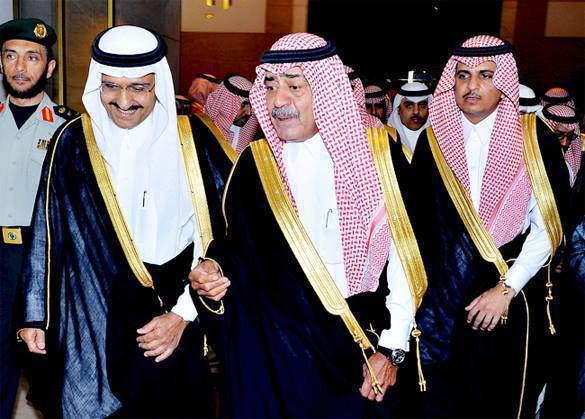 According to Reuters, local TV channels started showing video footage, which captured the monarch lying in bed at hospital, while the Quran was being read in the background. The scene meant that Saudi King Abdullah bin Abdul Aziz Al Saud died.

Earlier, it was reported that King Abdullah was hospitalized with a lung infection.

The new King of Saudi Arabia is 79-year-old Prince Salman bin Abdul Aziz Al Saud. Prince Salman was appointed heir to the throne in June 2012. The new king has already announced that he will adhere to the course of his predecessor.

Over the past four years, Saudi King Abdullah bin Abdul Aziz Al Saud has had several surgeries on his spine. It was not specified, in what condition the Saudi King was after the surgeries. Stock markets were looking forward for the information about the health condition of the head of one of the world's largest oil exporters.

Abdullah bin Abdul Aziz Al Saud ascended the throne of Saudi Arabia in 2005, following the death of 84-year-old King Fahd, though in fact King Abdullah had been ruling the kingdom since 1995, as Fahd was too sick.

After the death of King Abdullah of Saudi Arabia, British Queen Elizabeth II became the oldest monarch in the world. In April, she will celebrate 89 years. Elizabeth II ascended the throne when she was 25 years of age.

The monarch is the central figure in the system of political power in Saudi Arabia. The King of Saudi Arabia is the imam, the commander-in-chief and the supreme judge. However, the king is not considered a legislator, as Shariah laws had been established once and for all. However, the king can issue decrees that regulate situations not covered by the Shariah laws. The monarch holds the reins of highest executive and judicial power, although in practice he delegates these functions to government agencies, institutions or particularly influential people.

US President Barack Obama was one of the first world leaders to present his condolences in connection with the death of King Abdullah. "As a leader, he was always candid and had the courage of his convictions," Obama said. "One of those convictions was his steadfast and passionate belief in the importance of the U.S.-Saudi relationship as a force for stability and security in the Middle East and beyond."

Egyptian President Abdel-Fattah al-Sisi, in turn, cut short his visit to Switzerland, where the Davos Forum takes place, to go to Saudi Arabia, where he will attend mourning ceremonies. After al-Sisi took office as the President of Egypt, he established good and warm relations with the King of Saudi Arabia.

The Americans are fully prepared for the new Saudi monarch

When it was officially announced that King Abdullah passed away, world oil prices increased by more than two percent. WTI crude oil rose by 2.38% ($ 1.1) to 47.41 dollars per barrel. Meanwhile, the price of Brent crude oil fell by 1.04 percent (51 cents).

Pravda.Ru asked historian, political scientist, editor-in-chief of Problems of National Strategy Journal, Azhdar Kurtov to comment on the possible consequences of the death of the Saudi King.

"Unlike in Europe, in Saudi Arabia, as elsewhere in the East, there are no clearly established rules of throne succession. In Europe, there is a number of systems that were changing historically. The most well known one of them is the Salic system, when there are many candidates to the throne. In Russian history, there were periods when it was required to change the basic laws of succession to avoid struggle for the throne. In the East, the system of succession is based mainly on tradition. In Oriental countries, families are traditionally a lot larger than they are in Europe. In Saudi Arabia, there are about a hundred of candidates to the throne. In this country, tradition picks out the senior person. This person is the brother of the late king," said Azhdar Kurtov.

The political scientist noted that, in his opinion, the Americans, who are very knowledgeable about the situation in Saudi Arabia, its closest ally in the Middle East, had most likely taken necessary measures to be prepared for the death of the Saudi King. According to the expert, the Americans have long held talks with the Crown Prince of Saudi Arabia. "I believe that oil prices will not surge as the new monarch takes the throne. I do not think that with the advent of the new monarch the foreign policy of Saudi Arabia will change fundamentally," he said.

Noteworthy, the new Saudi King is reportedly ill too.

"Well, he is 76 years old, any person of this age collects a bunch of diseases by this time. In Saudi Arabia, there is a large royal family that has clans inside. All heirs - many sons and grandsons of the late king - were born by different mothers. This is Islam. Yet, I do not think that some dramatic events may happen, a dynastic civil war - no, I do not expect that. In Saudi Arabia, nobody is interested in starting acute internal squabbles, because this is the leading Sunni country in the world. Any sort of destabilization will seriously affect domestic politics, as well as the prestige of the ruling dynasty. This is one of the most conservative states in the modern world," Azhdar Kurtov concluded.