Russian ruble loses quarter of its value this year

Since the beginning of the year, the Russian ruble has lost a quarter of its value. In world practice, devaluation of national currency by 20 percent or more in one year is considered a currency crisis, the Vedomosti reports. 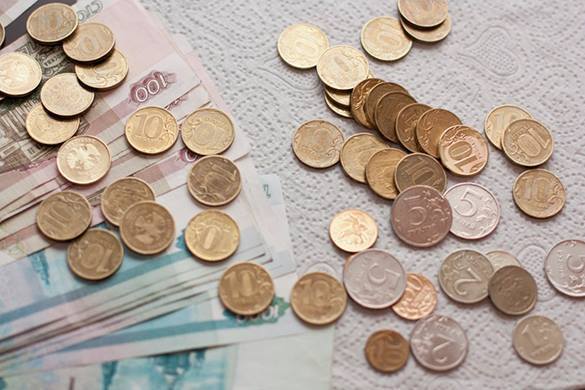 From June till late September, the Central Bank was not conducting interventions to smooth out fluctuations on the foreign exchange market. The bank began to support the Russian ruble from October 1.

Russia's international reserves made up $443.8 billion as of October 17, which marked a decrease by $7.9 billion, compared with last week's data, the Central Bank said. Last time, when they were below the mark of $450 billion, was in March 2010.

In October, the Central Bank of Russia sold currency worth more than $14 billion to curb the influence of American and European sanctions on the ruble. This week, the Central Bank had to move the upper limit of the exchange rate band by 40 kopecks - to 46.7 rubles, which means that the regulator had to sell $2.8 billion. The official dollar rate from October 24 was raised by 53 kopecks to 41.4958 rubles. The euro gained 30.3 kopecks thus climbing to an all-time high of 52.4424 rubles per one euro.

Since the beginning of the year, the Central Bank of Russia sent about $66 billion to support the ruble exchange rate. International reserves of the bank fell by 13 percent. However, about 40 percent of their current amount - $173.2 billion - falls on the Reserve Fund and the National Welfare Fund (NWF) that are included in the structure of international reserves. About 13 percent are invested in monetary gold, SDRs and reserve position at the IMF. With this in mind, the reserves of the Central Bank in foreign currency (including highly liquid assets) by 17 October amounted to about $ 214 billion, having thus passed the critical level - the volume of six-month import of the six-month ($226 billion; $ 37.7 billion on average per month in the last 12 months till September 2014), finmarket.ru reports. In accordance with international practice, the amount of reserves corresponding to the value of imports of goods and services in three months is considered minimally sufficient, the Central Bank said.

First deputy chairman of the Central Bank, Sergey Shvetsov, said this week that the rubble was actually floating freely. According to the official, the limits of the currency basket would be removed before the end of the year. The Central Bank would not leave the currency market, though, he added.

In the meantime, the dollar and the euro continued to rise against the ruble on the Moscow Stock Exchange in the face of persistent pressure on the Russian market of capital.

There are a number of factors, both short-term and long-term ones, that put pressure on the ruble. These include reduction of prices on raw materials, which affects budgetary revenues, the outflow of capital from the country that lasts for years, the impact of anti-Russian sanctions, limiting access of Russian banks to external lending. The devaluation of the Russian ruble is a long process. Experts believe that one should not expect a sharp improvement of the ruble.