The basis of good advertising is psychological manipulation

What is the secret of growth of the most successful international companies like Apple, Nike, or Pepsi-Cola? How do they manage to remain industry leaders for many years? They say that advertising is the engine of trade. It is particularly effective when it starts using psychological manipulation, inciting to buy not the product, but its image. 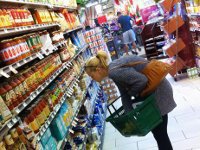 Development of mass production of consumer goods led to the growth of the advertising market that completely changed in the 20th century. Unification of goods led to the fact that advertising lost its initial informative meaning. Hundreds of companies are producing identical goods, or nearly identical, and, in theory, this circumstance was to overthrow the very concept of advertising. It might seem hard to praise the unique features of a product if they simply do not exist, and the product does not stand out much from thousands of other products.

In this sense, the product with its vulgar consumer qualities has gradually retreated. Real goods were replaced with the concept of a "brand." A brand is not a commodity but the image of the product, its metaphysical soul if you will. Advertisers, like Gods, breathe in a transcendent meaning into chocolates or a pack of cigarettes, link sausages and spirituality and give sneakers a firm life position.

Despite the gradual extinction of religion, erosion of family values ​​and death of military romance, the need for archaic spirituality is still there; driven with a rusty nail in the frontal lobe it craves satisfaction.

Spirituality is a product traded better than gold, and although true spirituality cannot be bought, the market is flooded with imitations. However, in recent decades of advertising, this prodigal daughter of culture was able to defend its good name, standing in line with academic art.

It no longer resembles a vulgar street vendor whose scream "buy this!" is heard through dirty, gloomy streets. No, do not buy anything, just become free, creative, strong, and decisive. Think different, Just do it! - encourages advertising.

The basis of advertising (good advertising) is psychological manipulation. Ordinary people want to bring a bit of cinematography into their grey lives. The success of the best advertising campaigns is based on people's desire to become richer, smarter, stronger and more determined without making a real effort.

The messiah of new marketing was, of course, Steve Jobs. This man, contrary to popular belief, was not a brilliant developer or engineer. But he managed to create a cult of Apple products. Jobs' admirers remind sectarians, and their faith in the quality of Apple products is as strong as unconditioned reflex. They are ready to sleep on the street for a week just to be among the first people to feel Apple's new smartphone with their hands.
There is no brand that has caused more stir than Apple, and it has to be acknowledged even by those who do not like it.

It is certainly not about the notorious "quality" of the product, as it is not any higher than that of the rest of the market leaders. Former Apple crisis director John Scully said that in fact, Apple was not a technology but a design company. In the case of the iPod, many of the technologies used for it were bought by Apple from others and merged together. Even when Apple created the Macintosh, all the ideas were taken from Xerox, and Apple has hired some of the key people from Xerox.

Apple's famous ad "1984" created by Ridley Scott based on Orwell's novel cost Jobs a million dollars. It was he who has defined the vector of the entire marketing policy of the company that brought unprecedented popularity to both Apple and Jobs himself.

The plot is simple: a room filled with grey, monotonous people that look like camp prisoners. A young blonde in crimson shorts runs into the room, followed by guards chasing her, rushes towards a screen broadcasting "system" propaganda, and smashes it with a hammer. The screen explodes, and we hear a phrase "On January 24th, Apple Computer will introduce Macintosh. And you'll see why 1984 won't be like "1984." Then there was "Think Different" campaign.

Here is its manifesto:

"Here's to the crazy ones. The misfits. The rebels. The troublemakers. The round pegs in the square holes.

The ones who see things differently. They're not fond of rules. And they have no respect for the status quo. You can quote them, disagree with them, glorify or vilify them.

About the only thing you can't do is ignore them. Because they change things. They invent. They imagine. They heal. They explore. They create. They inspire. They push the human race forward.

Maybe they have to be crazy.

How else can you stare at an empty canvas and see a work of art? Or sit in silence and hear a song that's never been written? Or gaze at a red planet and see a laboratory on wheels?

We make tools for these kinds of people.

While some see them as the crazy ones, we see genius. Because the people who are crazy enough to think they can change the world, are the ones who do."

Linking products to unrelated images, of course, was not a new trick even in the 1980s. However, normally, traditional ideals of merchants were used as bait - material success (a man arriving in a luxury mansion driving a Rolls-Royce pours himself a beer of the advertised brand), family values ​​(a woman smears the advertised margarine on the sandwiches for her rosy-cheeked children and handsome husband) and so on. Additionally, most marketers forget that instead of praising their product they should praise its potential buyer as it is much more effective.

Steve Jobs decided to use global ideas to promote his products, creating an associative chain between the acquisition of a smartphone or Apple laptop and freedom, individual thinking, creativity, and non- conformism. He made a bet on "anti-consumer revolt" and won. After all, it is much easier to satisfy one's need for "non - conformism" by buying a smartphone. The same applies to creativity - by purchasing a MacBook one can feel as a "creative personality," and this is not the same thing as buying this feeling by daily labor.

Mass hysteria around Apple's products coincided with (and perhaps caused) the birth of a new hipster movement. The most boring people are those in pursuit of "eccentricity." Other companies producing "conceptual" clothes and "creative" notebooks were able to cash in on hipsters as well. Yet, the main harvest was gathered by Apple that managed to establish a sense of belonging to the ranks of "geniuses and rebels."