The future of Mercosur

From 2000 to 2013  world exports increased from $6 trillion to $20 trillion and the trend is to continue rising as a result of the formation of large trading blocks. Brazil also took much of that growth. So much so that during this period the Brazilian exports, which had been $55 billion, went to $200 billion. 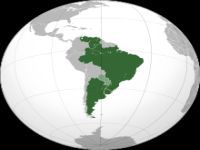 It is a significant result, even though these numbers have been driven primarily by sales of soybeans and iron ore to China and meat and sugar to the Middle East. It would be better if they had not been driven by commodities, but manufactured products with high added value.

These numbers are not only more significant because Mercosur did not accompany this growth, although Brazil has added fuel and steel to the traditional products, which included vehicles and machinery and equipment. Indeed, Mercosur, which has represented 17% of the total value of foreign trade of its members, today is limited to 12%.

What to do to change this situation? An exit is welcoming suggestions from the Council for Foreign Trade of Mercosur (Mercoex), which brings together organizations representing the private sector in the four countries which were the Block: Association of Foreign Trade of Brazil (AEB), Chamber of Exporters of the Argentine Republic (CERA), Chamber of Importers of Paraguay (CIP) and Union of Uruguay Exporters (UEU).

Among several measures, Mercoex suggests that trade barriers that still remain within the MERCOSUR partners should be lifted. Many of these barriers arise from an excessively nationalistic view of governments and do not reflect what you think the directly interested party is, i.e. the private sector.

Another suggestion is that the Mercoex negotiations with the European Union sign a trade agreement, which has been pursuing for more than a decade for this to be speeded up. In addition, the organization advocates measures to improve the competitiveness of companies which use the facilities that the block offers.

It is noteworthy that Mercosur, 22 years after the signing of the Treaty of Asunción, has not yet achieved the integration foreseen at the time of its creation, yet has played a key role as it has been a kind of "incubator" for small and medium companies having their first experience in foreign trade. Many of them, from this "initiation", have managed to open the doors for other markets in the world.

Mercoex argues that an agreement should be signed on investment protection of Mercosur and defends that Paraguay be reinstated to full status, including taking the next term of the presidency of the organization. If Brazil and Argentina put aside historical differences and strictly follow the suggestions of Mercoex, surely Mercosur will have a higher weight in total exports/imports of its member countries.