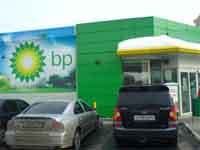 BP is spending nearly $40 billion on the liquidation of the oil spill disaster in the Gulf of Mexico. Nevertheless, BP has reported profit for the first time after the catastrophe. The profit during the third quarter made up $1.8 billion vs. the losses of $17 billion during the second quarter. Analysts say that they are expecting more interesting results next quarter.

The troubled corporation published a consolidated report over the third quarter of 2010, which showed the net profit of $1.8 billion. This is three time as less as opposed to the same period a year ago. It is also a lot better than the record losses of $17.15 billion during the second quarter of the current year because of the oil spill charge and the efforts taken to liquidate the consequences of the ecological catastrophe in the Gulf of Mexico.

BP earlier said that it was intended to sell assets in the amount of $40 billion to cover the costs. Therefore, one may conclude that BP has solved the financial problem. "The oil spill charge era has ended, and next quarter we can expect a more interesting financial result from BP," Anastasia Sosnova, a financial analyst with Investcafe told Pravda.Ru

"In spite of the fact that it will be hard for the company to cover the losses of nine months of 2010 - $9.5 billion - the worst times for BP are over. The company's current capitalization on NYSE totals $127.7 billion, whereas in July it fluctuated on the minimum level - about $80 billion," the expert added.

Bob Dudley, the company's new American chief executive, said: "We have made good progress during the quarter. This strong operating performance shows the determination of everyone at BP to move the company forward and rebuild confidence after the terrible events of the past six months."

BP says that it is impossible for the time being to evaluate the costs on the liquidation of the consequences of the oil spill. The company believes that the costs must be shared between the partners developing the Macondo well. BP owns 65%, Japan's Mitsui - 10%, Anadarko Petroleum - 25%.