Honda is optimistic about its global sales saying they will rise 6 percent this year to a record 3.76 million vehicles on booming demand in the U.S., Europe and Asia, the automaker's president said Wednesday. 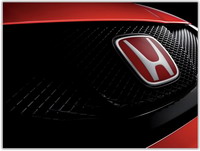 The company also plans to invest aggressively in research for hybrids and other new technology in Japan, said Takeo Fukui, president of Japan's No. 2 automaker, the AP reports.

Takeo Fukui has been working in Honda Motor Co., Ltd. since April 1969. He was born in Tokyo, Japan. He graduated from Waseda University with a Bachelor's degree in Applied Chemistry., In 2003 it was announced he would become CEO of Honda, which is the position he currently holds.

Honda said the new Pilot is sleek and futuristic-looking and will have advanced safety and fuel efficiency technology.

Details about the technology and other features will be released during the auto show's media previews, said Honda spokesman Chris Martin. The previews run from Jan. 13-15.

Martin said the new version will have the same functionality as the current vehicle, which seats eight and has medium-duty off-road and all-weather capability.