Prime Minister Ariel Sharon ordered the Israeli military command to prepare a military operation against Iran. An air strike on nuclear objects of the Islamic republic was set for March 28, Israeli military structures said. The date of the supposed attack coincides with the general election in Israel. Israel intends to strike Iran for the country's persistent arms race and anti-Jewish statements released from Iranian President Mahmoud Ahmadinejad. 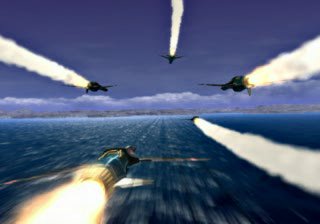 News messages about Israel's intention to fire missiles on Iran first appeared on the pages of Britain's Sunday Times. According to newspaper's sources in the Defense Ministry of Israel, Ariel Sharon will order to launch air strikes on top secret uranium-enrichment enterprises situated in different parts of Iran. The strikes (reportedly slated for early spring 2006) are to hit the nuclear objects located near settlements and industrial areas of Iran.

The above-mentioned terms of the operation, the newspaper wrote, is connected with Tehran's nuclear program first and foremost. Israeli intelligence officers found out that the quantity of enriched uranium that Iran would have at its disposal by the beginning of spring will be enough for making an atomic bomb. The first nuke could be made in only one year, though.

The news about the imminent war in the Middle East appeared several days after Iran's Ahmadinejad released another portion of anti-Israeli statements. It goes without saying that Iran will not sit on its hands and watch Israeli missiles hitting targets. The Islamic country will attack Israel in return too. The president of Iran said at the Organization of the Islamic Conference summit on December 8 that the “tumour of the state of Israel should be removed to Europe.” The Iranian leader added that Israel should be established on the soil of Germany or Austria because these two countries felt responsible for massacring Jews during WWII. "If the killing of Jews is considered in Europe as wrong and the Zionists are supported on the basis of this logic, why should the Palestinian people have to pay the price?” Ahmadinejad said in his address to European officials.

That was not the first anti-Semitic statement from the Iranian leader. Ahmadinejad said at the World Without Zionism conference at the end of October that Israel should be “wiped off the map of the world.” The international community had an utterly negative reaction to those remarks from the president of Iran. The politically incorrect remarks caused problems to Iran's partners as well, to Russia, first and foremost.

Russia plays a significant role in Iran's growing defensive capacity. Russia assisted Iran in launching its first satellite, the Sinah-1, which can perform the functions of a spy satellite too. Moscow also agreed to deliver Tor-M1 air defense complexes to Iran last week. To crown it all, Iran's entire nuclear program is being conducted with the participation of Russian specialists.

The majority of experts believe, however, that Israel will eventually cancel its plans to attack Iran in early spring of 2006. First off, Tehran is capable of striking a very powerful blow on Israel. In addition, an air raid on Iran will deprive Israel of the international support. Most likely, Ariel Sharon simply decided to intimidate the bellicose Iranian president and exercise his political will and determination on the threshold of the election campaign in Israel.