The man who unleashed hell on Nagasaki dies at 93

Frederick L. Ashworth, the last crewmember of a bomber that dropped the A-bomb on Nagasaki, died from a heart attack in Phoenix, Arizona. Mr. Ashworth was a Navy Vice Admiral. His relatives say he had undergone several heart surgeries before. They did not specify whether his heart disease had been caused by his participation in the barbarous bombing on August 9th, 1945. Mr. Ashworth was a weaponeer aboard the B-29 “The Bockscar” that dropped the bomb “Fat Man” on the Japanese city. The bomb claimed the lives of 150 thousand people. 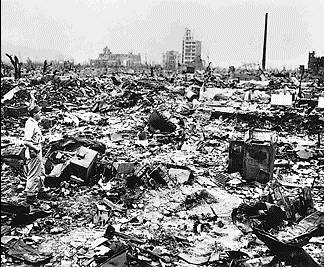 Mr. Ashworth was assigned to the Los Alamos-based Manhattan Project, a government program for the development of nuclear weapons. He survived for a year his former crewmates: the U.S. Air Force pilot (retired) Charles Sweeney died at 84, and the co-pilot (retired) Fred Olivi who died from a heart attack at 83.

Throughout his life, Fred Olivi was a persistent advocate of the orders authorizing the bombings of the Japanese cities. “The bombs had to be dropped, I'm certain of that. Millions of people – the allied troops and the Japanese alike – would have been killed if the Americans had invaded Japan,” said Mr. Olivi, in one of the interviews. He joined the Air Force shortly after the Japanese bombers and fighters obliterated the U.S. naval base in Pearl Harbor on December 7th, 1941.

Charles Sweeny supported the use of atomic bombs at the end of WW II too. “I viewed it as my duty, and I wanted the war to end,” said he. Mr. Sweeney also took part in the air raid on Hiroshima. He was a pilot on the B-29 that escorted the B-29 “Enola Gay,” the one that dropped the A-bomb “Little Boy” on Hiroshima.

The attitude of the American public to the atomic bombings still varies. The B-29 “Enola Gay” became an exhibit in the aerospace museum which was opened on December 16th, 2003, at an international airport near Washington, D.C. A series of public protests erupted following the refusal of the museum's chief curator Gen. (ret.) John Daily to attach data on the victims of the bombing to the exhibit. Two protesters were detained by the police. The Hiroshima day became the International day for the efforts to ban the nuclear weapons.