Texas is the leading unit of the USA on the number of executed death sentences: 355 deaths

The day of November 30, 2005 will mark the execution of the 1,000th death sentence in the USA since the moment when death penalty was reinstated in the country: murderer Robin Lovitt sentenced to death penalty in Virginia back in 1999 will die by electric chair. 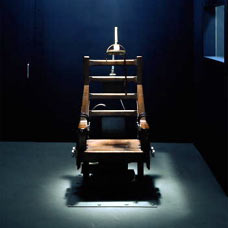 US-based organization Death Penalty Information Center released a survey of facts regarding the state of affairs in the field of death sentences and their execution in the USA in connection with the forthcoming significant event in the nation. The report presents pure statistics and lacks any comments, which makes the document rather an objective material for further analysis.

For the time being, death penalty is excluded from legal systems of only 12 of USA's 50 states: Alaska, Hawaii, Iowa, Man, Massachusetts, Michigan, Minnesota, North Dakota, Vermont, Rhode Island, West Virginia and Wisconsin. There is no death penalty in Columbia DC, where the US capital is situated, and in US-controlled Puerto Rico. Death penalty moratorium is currently in effect in the states of Illinois and New Jersey.

The USA is proud of the fact that the national legal system has been searching for humane methods of executing death penalties for 120 years already. The process was initiated on 1 January 1889, when the authorities of the state of New York passed the Electrical Execution Law. The first execution with the use of electric chair took place on 6 August 1890: electric current killed a man named as William Kemmler, who hacked his lover, Matilda Ziegler, to death with an axe.

Nebraska is the only state in present-day USA, which uses electric chair as the only execution tool and has no other alternative for it. In all other 37 states, where death penalty is legal, convicted criminals are put down by means of lethal injections. Alternative methods of execution include: electric chair (Alabama, Arkansas, South Caroline, Virginia), gas chamber (Wyoming, California, Maryland, Missouri, Mississippi, Arizona), hanging (Washington and New Hampshire) and shooting (Idaho and Oklahoma).

About 3,400 people are currently waiting for their death sentences to be executed in the USA. It is noteworthy that 122 people from 25 states have been struck out of the sad list since 1973, when supplementary investigation found them not guilty of incriminated crimes.

Texas is the leading unit of the USA on the number of executed death sentences: 355 citizens have been executed in Texas since the abolishment of the moratorium. The majority of 999 executed individuals in the USA were killed with lethal injections – 828 people. US authorities have executed 20 foreign citizens since 1976. Fifty citizens of Mexico, six Cuban nationals, six Jamaican citizens, five residents of Salvador, five natives of Vietnam, four Colombian nationals, three citizens of Cambodia, three individuals holding Honduran citizenship and two Germans anticipate similar fates. As for racial and ethnical affiliation of individuals executed since 1976, 58 percent of them were white, 34 percent – black, six percent of the executed were Latin Americans, and two percent represented people of other races.

According to the October research prepared by Gallup, 64 percent of Americans support death penalty in the USA (against 80 percent in 1994). The number of death sentences halved in the III Millennium in comparison with the nineties of the past century. On average, the USA executes one person every ten days.

A research by Amnesty International said that only 25 countries executed death penalties in 2004, whereas the mast majority of them (97 percent) was conducted in China, Iran, Vietnam and the USA. It brings up the idea that the US administration will not be pleased to know that the USA now stands next to those countries, which it constantly blames for violation of human rights and democratic standards.