The USA has outwitted the whole world again. The US administration put forward its own initiative to struggle against the greenhouse effect in return to the growing pressure on a certain part of the international community that criticizes the White House for its unwillingness to ratify the Kyoto Protocol. Unlike crushing terms of the Kyoto Protocol, the new agreement prepared by the USA is not supposed to cause damage to its member countries. 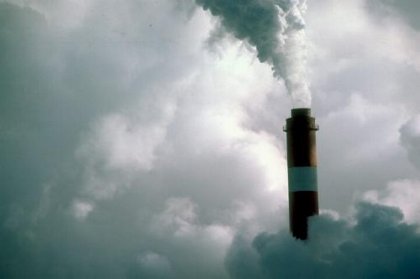 Six countries of the Asian Pacific Region – Australia, India, Japan, China and South Korea - signed an agreement on July 26th. The agreement stipulates that all of its members pledge to support each other in terms of developing ecologically pure technologies. It is noteworthy that details and terms of the agreement remain unknown.

A lot of observers considered the yet-untitled global ecological agreement a competitor to the Kyoto Protocol. The comparison is obvious: all the countries participating in the agreement, save Japan and Korea, previously refused to ratify the Kyoto Protocol.

It is worth mentioning that the Kyoto Protocol imposes strict restrictions on emissions of greenhouse gases in the atmosphere. Any industrial development is therefore forced to reduce the volume of emissions, which requires considerable investments and time. The long and expensive process may thus lead to an economic setback: any industrially developed country tries to do its best to avoid it against the background of the international competition.

The USA, the industry of which provides a quarter of global greenhouse emissions, as well as Australia, refused to sign the Kyoto agreement not to damage their national economies. The participation in the Kyoto group would inevitably result in growing prices on electric power; about five million people would lose their jobs in the USA alone.

"In the end the key to solving these problems is going to be technology ... cleaner technologies, making technologies more economic," Australian Foreign Minister Alexander Downer said. "These things are going to be a lot more effective over time than just political declarations." The minister does not believe that the new agreement will undermine the positions of the Kyoto Protocol, although Alexander Downer described the latter as a failure. Australian Prime Minister John Howard acknowledged that there should be a better way found to save the planet's ecology.

In addition, the USA does not trust scientific conclusions of the Kyoto Protocol ideologists. George W. Bush cautiously said at the recent G8 Summit that mankind could probably take a certain part of the blame upon itself for global climate changes.

In addition, numerous critics of the Kyoto Pact say that the climate change process is a natural recurring phenomenon. Some experts say that humans can neither accelerate nor slow down the process. The Kyoto Protocol proves to be an inefficient document even against the background of the universally approved fact that greenhouse emissions harm the ecology of the planet. The pact does not contain any real levers to regulation atmospheric emissions. The majority of Kyoto member countries have already surpassed adequate limits at this point.

The protocol does not contain any strict requirements to developing states to reduce the emissions. US high-ranking officials are certain that it is one of the major flaws of the Kyoto Protocol.

Adversaries of the new agreement impute similar accusations to the initiative, though. They believe that the new pact does not contain tough requirements to reduce the volume of harmful emissions and can severely undermine the Kyoto Protocol (signed by 140 states), which was enacted on February 16th.

Analysts polled by The Korea Times newspaper believe that the new pact will gradually push the previous agreement on the matter aside, especially if other non-signatories, such as the USA and Australia, are interested in joining it. Only six members of the new pact make up about 50 percent of the global GDP and all greenhouse emissions in the world. Brazil, Mexico, Taiwan and Singapore are rumored to join the new initiative in the future.

Russia may receive an invitation to become a member of the Asian-Pacific “clean energy” project too. It could become a good reason for Russia to pull out from the Kyoto Protocol, the participation in which has already caused considerable damage to the national economy.

As it was mentioned above, the details of the new climate change agreement have not been exposed yet.

The six nations pledged to work together:

- To develop, deploy and transfer existing and emerging clean technology.

- Meet increased energy needs and explore ways to reduce the greenhouse intensity of their economies.

Main areas that will be targeted now:

- Integrated gasification combined cycle: converts coal into gas, removing most of the sulphur dioxide and other emissions before burning the gas to turn a turbine-generator. The hot exhaust from the turbine generator heats water into steam, which is used to drive a steam-generator, producing additional power.

- Carbon capture and storage: known as carbon sequestration, which captures carbon dioxide (CO2) emissions from coal and gas-fired power plants and pumps them underground into depleted oil and gas fields.

- Methane capture and use: much of this gas comes from agriculture and waste dumps.

- Bioenergy: using materials such as wood and manure in place of coal to generate electricity.

And in the long term:

- Hydrogen: an environmentally friendly fuel that, if processed in a fuel cell, generates only electricity and water.

- Nanotechnologies: working with extremely small particles to try to create miniscule computers and tiny medical devices. A nano is a billionth of a metre.

- 45 percent of the world's population