The revolution in Uzbekistan's Andijan turns out to be narcotic

Pravda.Ru has already reported about the large uprising in the town of Andijan, Uzbekistan. The official news agency of the republic, UZA, reported that a group of armed criminals attacked the post of the patrol service and the territory of a military unit in the town at about 1 o'clock a.m. Wielding guns, the gunmen also attacked the territory of a correctional colony and released a group of prisoners from it. The extremists also tried to seize the building of the regional National Security Service, but law-enforcement forces ceased the attempt. Nine people were killed and 34 wounded in the armed clashes. The agency reported that the group of extremists had been blockaded in two places of the city. 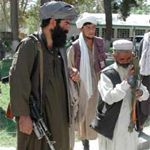 It is well-known that official sources usually underestimate the scale of this or that event. Russian news agencies reported that about 50,000 people took to the streets, demanding the change of the government in the republic, that many people were killed in the shootouts, etc.

It brings up a question, though: where did 50,000 demonstrators come from to fill  the avenue in front of the city administration, like RBC news agency reports, for example? Any resident of Andijan knows that such a large amount of people will not fit in the square. Russian mass media report that the city has been gripped with a massive uprising, although it is hard to believe this information too. Residents of Andijan say that the city continues living its normal life: the mess is taking place in the area, where the regional authorities are situated. The life is the same in other parts of the city: people buy and sell food at market places, children play outdoors.

This part of Uzbekistan's Ferghan Valley has already made headlines of world news agencies before. The Kyrgyz revolution started in the city of Osh, which is only a 40-minute drive away from Uzbekistan's Andijan. The Russian-speaking population started leaving the local cities in the beginning of the 1990s, after a series of riots. It is worth mentioning that Russian people had to leave Uzbekistan because of the actions of the republic's administration as well.

Unemployment and omnipresent poverty still make the most important problem in the republic. The average salary in the republic makes up only seven US dollars. The USA might try and use the situation in the impoverished republic to fulfill its evident geopolitical interests. The US administration is gradually making a sanitary cordon around Russia (the Baltic states, Ukraine, Moldova), trying to change the political regime in Belarus too. Why not trying and forming another enclosure like this, albeit around China?

The scenario for the implementation of the plan was developed meticulously in the beginning of the 1990s. The events in Andijan of May 1991 made the front pages. Residents of neighboring local villages packed the city's stadium to watch a football game. The fans smoked cannabis as they were waiting for the teams to start the game. When it suddenly became known that one of the teams would not be able to play, the ecstatic crowd started crushing everything furiously.

The current events in Andijan bear a lot of resemblance to that situation. Western news messages were the first to distribute the information about the release of prisoners from a local prison. The informational turmoil will most likely be eased in the nearest future.

Uzbek President Islam Karimov differs from Askar Akayev, the former president of Kyrgyzstan, who was overthrown by the political and informational wave in the Uzbek Ferghan Valley. The Uzbek leader is ready to claim responsibility for brutal suppression of any mutiny that would jeopardize the regime of his power in the region. Andijan authorities blockaded only one avenue in the city - there is nothing much to talk about such a small-scale incident.

One should bear in mind the fact that the current events in Uzbekistan are only a test of strength. It is not ruled out that Western news agencies will start pressing against Uzbek President Karimov in the forthcoming couple of days, accusing the head of state of his tough attitude to the rioters, if there is someone's  political will for it. Will the Russian administration make proper conclusions from today's situation, though?