The situation on the world market of oil is reminiscent of a game of tennis with the participation of four players. Russia and Iran play in tandem to raise oil prices, while the tandem of the United States and Saudi Arabia has a goal to cause oil prices to collapse. The players realize that the winner will dictate rules of the game in world politics. 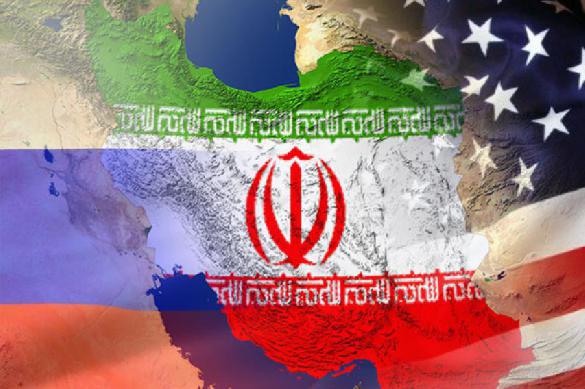 Interestingly, German Gref, the head of Sberbank, announced a possibility for world oil prices to decline last Friday, September 13. Twelve hours later, Houthi rebels attacked Saudi oil refineries and caused panic at oil exchanges around the world. One may assume that someone - and it is not hard to guess who exactly - sent a message to the world through Houthi rebels that it is not Washington and Riyadh, but Moscow and Tehran that will be putting prices on hydrocarbons in the future.

In 1985, Ronald Reagan sent CIA director to Riyadh for a secret mission, the goal of which was to cause world prices on oil to collapse. As a result of that conspiracy and the ensuing collapse in prices, the treasury of the USSR was empty six years later. The tactic played an important role in the destruction of the "empire of evil", as former Hollywood actor Reagan called the Soviet Union.

Leonid Brezhnev could not oppose anything to the oil conspiracy between the United States and Saudi Arabia. The relations between the USSR and Iran had been ruined because of the invasion of Soviet troops in Afghanistan and Moscow's alliance with Saddam Hussein, who was at war with Iran at that time. There was no way the Kremlin could use Iran as a weapon against Washington.  Today, 28 years after the collapse of the USSR, things are shaped up differently.

The alliance between Washington and Riyadh started falling apart after the mysterious murder of Saudi journalist Jamal Khashoggi in the building of the Consulate of Saudi Arabia in Istanbul. At the same time, Moscow and Tehran have been able to overcome the times of mutual distrust that the countries experienced during the Soviet era. Moreover, Russia and Iran have become allies in vast geopolitical space from the Caspian Sea to the Persian Gulf and the Red Sea.

Moscow has recently announced a possibility of joint Russian-Iranian exercises in the Gulf region. Twenty-five years ago, one could not even think that this could be possible. Now the reality has Moscow and Tehran conducting a joint military operation in Syria against ISIS* to consolidate  the power of Bashar al-Assad.

Moscow supports Iran because the possible confrontation between Tehran and Riyadh, the transformation of the Arabian monarchy into a hotbed of instability with Yemen adding more fuel to the fire will push oil prices up to $100 per barrel and higher. In this case, even US strategic oil reserves will not cause oil prices to slide.

The USA may conduct massive air strikes against the Houthis in Yemen. This scenario does not seem feasible before the US presidential election in 2020. Short-sighted US officials also urge to bomb Iran's military facilities.

In the meantime, Tehran is building ambitious plans to create the so-called "Shiite Arc" - to open a corridor to the Mediterranean Sea and create its base in the Syrian port of Tartus. In addition, the Iranian administration believes that the Iranian Navy should be present in the Indian Ocean. Finally, in the event Shiite Houthis succeed in Yemen, Iran will secure access to the Red Sea, the Gulf of Aden and the Arabian Sea. The implementation of this plan will become a nightmare for Israel and Saudi Arabia.