How does the Hispanic population change the USA? Why don't people call Donald Trump's direct line to complain about the condition of roads and public utility services? How does the USA solve these problems and what Russia can learn from the USA at this point? 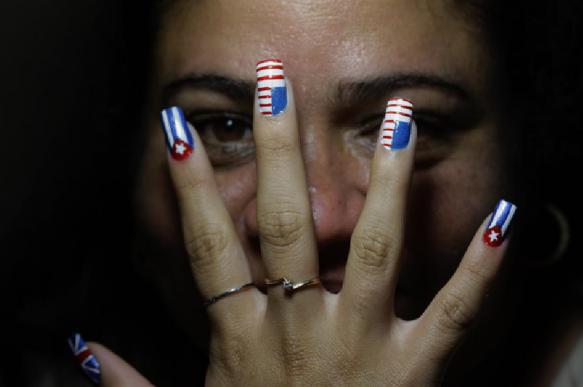 Also read: Americans have racism under their skin

Rustem Safronov, an international journalist and correspondent for the Sputnik news agency in Washington, talked about these and other issues in an interview with Pravda.Ru

"This is a very interesting question. When I found myself in California for the first time in 1990, I did not know English, but I knew Spanish. I could manage with my knowledge of Spanish just fine for a very long time, until I learned some English. Even if you call an organization nowadays, whether it is a clinic, a government agency - everywhere you will be offered an option to speak Spanish: "If you want to speak Spanish, press 2."

"The integration of Latin American people is very strong in the USA. First of all, they are geographical neighbours. With all their imperial arrogance, the Americans still have certain kinship under their skin. They have the same feeling even in relation to Cuba, although the political hostility against the Cubans is strong. The Americans have always thought that the Cubans broke away from the US by chance, that they still belong to the West and that they never belonged to the Soviets.

"The educated part of the US population has never been in solidarity with the official line of hostility against Cuba. The people in the US have always been opposed to the embargo against Cuba. Even now they understand that Cuba is a slightly different system, but the people there are the same. One does not notice such attitude in relation to the peoples of Eurasia. The most popular foreign language for studying in the United States is Spanish, because it has practical value."

"Is there any sort of integration, or are the Latinos building their own America?

"I think there is integration. The US becomes increasingly friendly to the Hispanic population as the share of this part of the population continuously grows. The country already produces universal personas, such as, for example, Ricky Martin, or Jennifer Lopez. They are largely North American phenomena, rather than Latin American ones."

"Do you think Russia could learn something from their system?"

"Our reformers wanted to transfer their model to Russia. They still want to make Russia become a copy of America. But all this, in general, is expressed only in the desire to switch everything to the paid basis, to reduce social benefits, etc., - to make the system cruel.

"Bernard Sanders has long been saying that this system needs to move towards socialization. Yet, Russia still tries to imitate the American model by cutting the number of state-funded places at universities, creating as many paid medical services as possible, etc.

"This is not suitable for Russia. I would take something completely different from America, for example, their local government system known as the crime watch community. We had had some of this system in the past, when there is a group of people who watch law and order in their neighbourhood."

"Is there communication between common people and the US authorities?  In Russia, the government is trying to prove what there is such communication, but in reality one can never reach them."

"They communicate with people regularly, they hold press conferences. Nowadays one can do many things online, and people can reach the authorities indeed. This system works, but there are problems too. For example, the subway system in Washington suffers from chronic underfunding. In Russia, people would revolt, if they had to wait for a train for 30 minutes. In Russia, people are used to the metro working like a clock."