Americans have racism under their skin

Why do so many people in Latin America dream of migrating to the United States and settling there at least on an illegal basis? How do they start their new life in the USA? What makes them different from African Americans and white Americans? 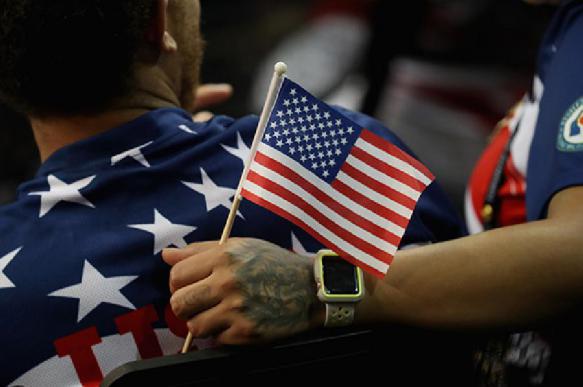 Pravda.Ru asked these and other questions to Rustem Safronov, an international journalist and correspondent for Sputnik news agency in Washington.

"How can migrants change their lives in the USA?"

"In the USA, they can solve many problems that they cannot solve in their home countries. In El Salvador, for example, 14 families control the entire economy of the country. There is oligarchic capitalism there, and most people are very poor. Even if everyone serves a small group of the rich, their money will not be enough for everyone.

"The United States is a large country, a much richer one, and the percentage of wealth that can be redistributed is much higher there. As one man said, this is a highland with many hills. Of course, illegal migrants will be paid less, but they will be happy to have that money anyway."

"Can they still make a lot more than they could at home?"

"They can. Migrants can find new homes for themselves somewhere in remote places, where native people will not live. Migrants do not expect much from their new life in the States. A migrant can buy an old car, rent a house for a whole large family and be happy about it. A white Anglo-Saxon will not live in such conditions.

"They have a different approach to values, and this creates great segregation. Those people rarely cross paths with native residents, although interethnic marriage may occur, of course. However, the cultural level, the civilization level of newly arrived migrants, especially from third world countries, is very low. Economic migrants from El Salvador escaped from the civil war in the 1980s. Most of them were ordinary people, and their educational and social level was very low. They work at simple jobs as porters, cleaners, handymen, etc."

"Are they law-abiding citizens? How do the Americans make them abide by new laws?"

"This topic is politically incorrect, but, of course, the behavior of people from various walks of life is very different. It's not only about social behavior in relation to law. Latinos, African Americans and Anglo-Saxons are very different from the point of view of their sexual behaviour as well. The same applies to many other areas.

"However, if you talk to an African American, then the picture is completely different. I would say that it is much easier for a Russian person to find a common language with an African American, rather than with a white American. White Americans think of themselves as the Romans, who stand above the whole world. Yet, they are well-mannered people, so they will not discuss that."

"Are you saying that they have racism under their skin?"

"They have this idea of being a shining city on a hill, while everyone else is somewhere below them. They think that life is almost the same everywhere else, but it is much better in America. They apply these criteria to the rest of the world: they are always better than everyone else.

"African Americans proceed from something completely different. They live in the country, where their ancestors used to be exploited like animals. Therefore, many African Americans have this congenital hostility to the USA in them. I have to say that they are very friendly to Russians. They are happy to meet a Russian, to shake hands with a Russian, to talk about Putin teaching everyone what's what - the attitude is totally different at this point.

"Interestingly, African Americans very often give either Arab or Russian names to their children. For example, there are many Natashas among African American women. This is a manifestation of protest too. They want to show that they are different, and they are proud of that.

"New migrants, of course, have a language problem. The lion's share of the black population in the United States does not have a problem with English."

"They speak ebonics, African American English, and this is also part of their protest."

"Is it hard to understand them?"

"It is a lot more different to understand what they say, it takes time. When you live next to them, when you interact with them, you learn quickly. Still, their language differs a lot from what you can hear on TV."