The tragedy of Mohamed Morsi's democracy 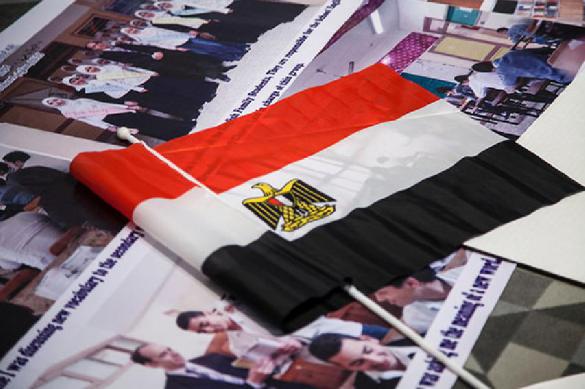 According to an al-Arabiya correspondent, Morsi was addressing the court and appeared extremely agitated; after approximately 25 minutes he suddenly fainted and collapsed on the ground. He was immediately taken to a hospital but he died while being transferred. Egypt's Public Prosecutor said a medical report shows no apparent recent injuries on the body of Mohamed Morsi.

Morsi's trial session regarded a case involving espionage with Hamas, as well as his involvement in the Wadi al-Natrun prison break in 2011. He was serving long prison sentences on convictions of killing protesters in 2012, espionage involving Qatar and the previously cited jailbreak. Morsi was sentenced to death in 2015, however, the sentence was overturned late the following year.
A strict Islamist who received post-grad education in the US, Mohamed Morsi was a leading figure of the Muslim Brotherhood* and was elected in June 2012, during the so-called "Arab Spring" uprisings, as president of Egypt after running in the electoral campaign with the Islamist Freedom and Justice party (FJP). However, his presidency only lasted for one year as Morsi became heavily authoritarian in his attempt to enforce an Islamist agenda.

During his presidency, the attacks against critics, non-aligned journalists and political opponents became more and more frequent. As a matter of fact, the Arabic Network for Human Rights Information exposed that during Morsi's year in power legal actions against the press increased by four times if compared to Hosni Mubarak's era and by twenty-four times if compared to the eleven years of Sadat's rule. During Morsi's year of rule Egypt also witnessed the first case of pogrom against the Shias.

In the summer of 2013 millions of Egyptians took the streets to protest against the authoritarian line taken by Morsi and asked for new elections; as the Islamist government tried to maintain power and the situation degenerated, the army moved in and ousted Morsi.

As a terror wave struck Egypt in the aftermath of Morsi's overthrow, the new Egyptian government, as well as Saudi Arabia and United Arab Emirates, blacklisted the Muslim Brotherhood* as a terrorist organization, a measure which Russia and Syria had already taken years before.

It is important to keep in mind that the Islamist government was strongly supported by the Obama administration, to the point that the former US ambassador to Egypt, Anne Patterson, was forced to abruptly leave Egypt as anti-FJP protesters on the streets chanted slogans against the US, accusing Washington of supporting the Islamist government against the will of the Egyptian people.

The relations between the Egyptian Muslim Brotherhood* and the US continued in the following years, during the Obama administration, as in January 2015 a delegation that included Walid al-Sharaby (member of the Egyptian Revolutionary Council), Gamal Heshmat, Abdel Magwoud al-Dardery and Maha Azzam were hosted at the US State Department, as documented by photos posted on their own social media accounts.

All elements providing the impression that the Egyptian Muslim Brotherhood* was nothing more than a political tool used by the US to maintain control of those countries that were going through a regime change, the so-called "Arab Springs". The MB might have been considered by Washington the main political force able to replace the regimes in Egypt, Tunisia, Libya and Syria, however it turned out to be a very wrong strategy based on inaccurate analysis and socio-political blindness, as facts have later shown.

As to Mohamed Morsi, he might have been the first "democratically-elected" president of Egypt, but his year of power was quite far from "democratic". May he rest in peace.

*Muslim Brotherhood is banned in Russia