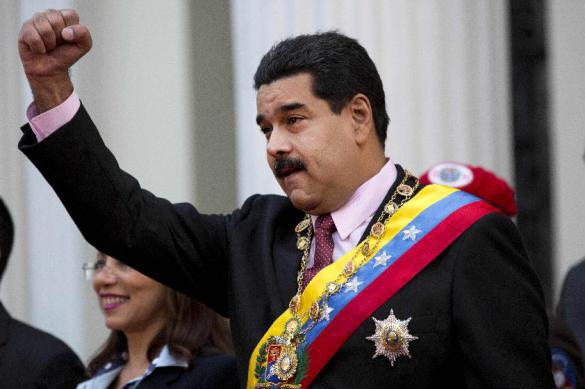 In complete disregard of international law, the western countries have resorted to open intervention in the internal affairs of Venezuela. They have left no doubt that they are calling all the shots in Venezuela. Within minutes of the opposition leader Guaido declaring himself the interim President of Venezuela, America recognized him followed by Canada, the UK, France and the right wing Latin American Governments which in reality are puppets of western imperialist countries, followed suit within two hours. However, Russia, China, Iran, Turkey, Cuba, Bolivia and Mexico have opposed intervention by western imperialist countries in internal affairs of a sovereign country as blatant violation of international law and are supporting President Maduro. In the strongest condemnation of this move by the western countries, President Putin has warned of grave consequences. Rafael Correa, Ex-President of Ecuador, has warned of a US-backed military action in Venezuela. Such an action is bound to lead to a civil war.

The US and the western countries have a long history of forcibly imposing their will on others. America has always considered Latin America as its backyard where it can do anything it wants to do. The Latin American countries, except Cuba have not been truly independent in the last two centuries. America has used their natural resources for its own benefit rather than in the interests of the people of these countries. Whenever, there is a conflict between these two interests, America has never hesitated to use force. For example, Dr. Salvador Allende, the elected Marxist President of Chile tried to use the country's resources for its people, America wasted no time in getting rid of him by engineering a coup by General Pinochet in the year 1973. From the year 1975 on wards, America carried out an operation Condor to systematically eliminate the leftist forces in the Latin American countries and strengthen the right wing dictatorships.

America repeatedly tried to get rid of Hugo Chavez, who was President of Venezuela from 1999 to 2013. However, Hugo Chavez continued to improve the plight of the people with the oil revenue. Venezuela is one of the largest oil producing country in the world. After his death from cancer (which he blamed on the US), Maduro took over as the President of Venezuela. America tried repeatedly to get rid of him. However, he survived each time. Crippling American sanctions and falling oil prices have hit Venezulea's economy really hard. America has used this as an excuse to blame Maduro. This time the military is supporting Maduro. Another factor which makes it difficult to get rid of him is that Hugho Chavez built a big base in the working class and also armed his followers with 100,000 AK47 rifles which Russia provided. This can make it an extremely bloody battle if an armed conflict starts between Maduro's supporters and the American backed Guaidos supporters. Putin has rightly warned of a catastrophic conflict.

A conflict of this magnitude in America's backyard will probably be the last major conflict of the American era since no matter what is the outcome of this conflict America has more to lose than Russia. If the American side loses then it will be a big probably a fatal blow for the American prestige. However, even if America wins this battle the long term results may prove more harmful than helpful. Russia will have to score a major victory in Europe to avenge its defeat and maintain its prestige and credibility. It will have to give a severe blow to a country like Ukraine or Poland. For America, A defeat in Europe will be lot worse than a victory in Latin America.

Already a defeat in Syria has done tremendous damage to American prestige and influence in the Middle East. Consequences of a war in Venezuela can be lot worse than the Syrian war. If Maduro survives then just like survival of Assad in Syria it will be counted as a big loss for America. However, even if America succeeds to dislodge Maduro the damage done to Russia-America relations will be tremendous and probably irreparable. The chance of the conflict moving to Europe can be very dangerous for the whole world. A conflict in Europe is more likely to escalate into a World War three than a conflict anywhere else. The history of the two World Wars starting in Europe is before us.

The three countries, Russia, China and India can play a significant role in countering American arrogance which can prove to be the main risk factor for starting the most destructive Third World War. Russia can balance American military power China can balance American economic power and India can work in the diplomatic field to build an anti war sentiment. India played a very positive role when the war started over the Suez Canal. India scored a major victory in the diplomatic field and became the leader of the nonaligned movement. It laid the foundation of Nehru-Nasser friendship and the whole Arab World started looking at India as one of their best friends. India needs to play a similar role now to restore its credibility and prestige in the world as a real peace maker. India's tilt toward America has raised questions about its traditional role.

Let us hope that all sides use restraint and do not escalate the conflict to a dangerous level and the situation in Venezuela does not become like a civil war in Syria. Let us also hope that the transition from the American era to the Post American era (multipolar world) is peaceful.

Venezuela: The real story and the whole truth

Who wants to crush Venezuela?