Who removed Saudi journalist Jamal Khashoggi from big politics? We talked about the murder of the Saudi opposition journalist in an interview with Shamil Sultanov, President of the Center for Strategic Studies "Russia - the Islamic World." 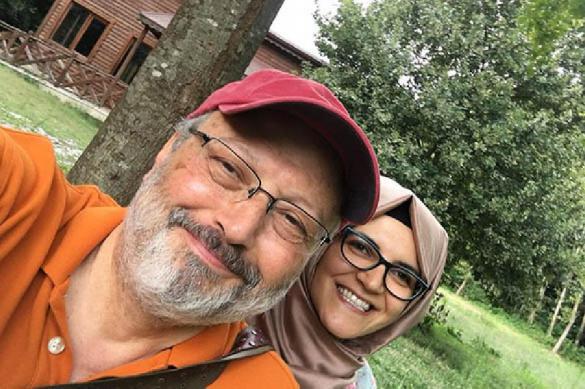 The Washington Post columnist Jamal Khashoggi went missing last week after he entered the consulate office of Saudi Arabian in Istanbul, Turkey, to receive a certificate of divorce. Turkish officials say that the journalist was killed in a special operation conducted by Saudi specula services after he refused to go to his homeland. Supposedly, Khashoggi's body was dismembered and taken out of Turkey.

The Washington Post accuses the Crown Prince of Saudi Arabia, Mohammad bin Salman, of murdering the journalist. According to The Post, Khashoggi was an outstanding critic of the government of Saudi Arabia and Muhammad bin Salman in particular. Friends of the journalist said that in the past four months, high-ranking Saudi officials close to the Crown Prince had asked him to come home, offered him protection and even a good job, but he declined.

Nevertheless, the newspaper notes, the journalist did not criticize the policy of the Saudi Crown Prince at all times. Khashoggi could see positive changes, including the weakening of "cultural restrictions" in Saudi Arabia.

It is worthy of note that US intelligence agencies must warn those who may be abducted, seriously injured or killed in accordance with a directive signed in 2015. The rule applies to everyone, regardless of whether the person is a US citizen or not. Therefore, the newspaper concludes, Jamal Khashoggi's murder was made possible because of the negligence of US intelligence. This is also a problem for US President Trump, because Saudi Crown Prince Muhammad is close to Jared Kouchner, Trump's son-in-law and his senior adviser.

The Saudi royal family numbers about 25,000 people - they are united into about seven or eight key clans. Now representatives of one of the families, the clan of Sudairi, headed by King Salman, promote his son Muhammad to the throne. Other clans are opposed to it.

The clan struggle aggravated sharply after Mohammad bin Salman started purging his cronies.  Jamal Khashoggi was not just a journalist, he was close to the Turki clan, which competes with the Sudairi clan. Of this clan, Bandar bin Sultan, the former ambassador of Saudi Arabia to the United States, is known best. Currently, he remains under house arrest in Riyadh. Bandar and Khashoggi are very good friends. A second influential person from this clan, Turki bin Faisal, used to be the head of Saudi intelligence service. He has very extensive contacts in the United States, and Khashoggi was friends with him too, Shamil Sultanov said in an interview with Pravda.Ru.

"Khashoggi was promoting the interests of the Turki clan in the United States, expressing hostility towards Muhammad bin Salman's methods," the expert said in an interview with Pravda.Ru. Most likely, Jamal Khashoggi was kidnapped and taken to Saudi Arabia, because Muhammad suspects that Bandar is carrying out subversive activities, setting up the American establishment against the Saudi king and his heir.

This is disadvantageous to Donald Trump, the expert believes, since Muhammad and his father are considered to be good friends of the US president. "Trump's daughter received an official bribe from the Saudis in 2017 - one hundred million dollars to her foundation. Rumor has it in the Middle East - Khashoggi wrote about it - that the Saudis gave Trump one billion dollars in cash!" Shamil Sultanov said in an interview with Pravda.Ru.

Trump will be forced to impose sanctions on Muhammad, if his involvement is proved. "This is a long-term scandal, in which many other unpleasant things may emerge, including bribes," the expert told Pravda.Ru.

Khashoggi wrote in one of his articles for The Post that he knew something about Saudi Arabia's participation in 9/11 attacks. This could also be a reason for his abduction, because Salman used to serve as the defense minister during that time. It is possible that the journalist had some information about Salman's role in the grand provocation, Shamil Sultanov said.

We would like to add here that the large-scale regional scandal involves the state, which is ranked the world's second largest producer and first largest exporter of oil. Saudi Arabia controls world prices on hydrocarbons.

Saud Arabia enters most dramatic period of its history