Can Russia oppose coalition forces in the Mediterranean?

USS Harry Truman has arrived in the Mediterranean Sea leading the aircraft carrier strike group in the area of ​​operations of the US Sixth Fleet. 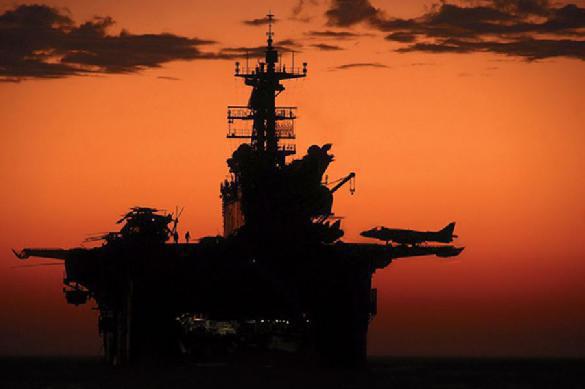 The goal of the mission is to support NATO allies in the coalition and protect national security interests. According to Sixth Fleet commander Lisa Franchetti, the group will practice all available set of naval operations. The group also includes nine squadrons of deck-based aircraft, USS Normandy missile cruiser and destroyers.

The activity of the US fleet in the Mediterranean Sea suggests that it is the West with the United States at the head that keeps everything under control.

At the same time, NATO does not seek direct military confrontation with Russia in Syria, although alliance members constantly commit various violations. In other words, there is no security guarantee at all.

US Navy destroyer Donald Cook is based near Gibraltar. Multi-purpose Virginia class nuclear submarine John Warner was deployed to the east of the Peloponnese, southern Greece. The US Fifth Fleet also includes the Monterey cruiser, Laboon and Higgins destroyers that launched 37 Tomahawk missiles on Syria from the Red Sea in April, while Higgins fired 23 missiles from the Persian Gulf.

USS Carney is anchored at Rota naval base, USS Ross has been redeployed to Scotland for drills recently, while USS Porter appeared in Helsinki, Finland, a few days ago.

Interestingly, Great Britain and France can provide only symbolic support here. The UK is still working on its Queen Elizabeth aircraft carrier that will be ready only in 2020. The French Charles de Gaulle aircraft carrier will be out of repairs only by winter time. Germany showed only moral support by sending only one Hessen frigate as part of the Truman strike group.

As for Russia, its Admiral Kuznetsov aircraft carrier is still under repairs, while Pyotr Veliky nuclear battlecruiser has been anchored for seven months already. Russia has its Khmeymim air base located just 2.5 kilometers off the coast of the Mediterranean Sea. Russia can quickly deliver MiG-29 aircraft there from the separate fighter aircraft regiment in Severomorsk-3.

Russia's diesel-electric submarines of the Black Sea Fleet (Veliky Novgorod and Kolpino) and Admiral Grigorovich and Admiral Essen frigates can become a serious problem for the Americans. The above-mentioned Russian vessels carry Caliber missiles capable of developing a supersonic speed during the final phase of their flight.

Russia can not send other vessels to the region as new submarines will not be allowed to pass through straits under Article 12 of the Montreux Convention. Analysts say that on April 14, the day of the missile attack on Syria, vessels of the Russian Navy in the Mediterranean carried out their mission, having minimized the number of missiles launched.

Thus, Russia can put a similar amount of surface warships and submarines to oppose the US Navy. Therefore, the balance of forces in the region is still acceptable. 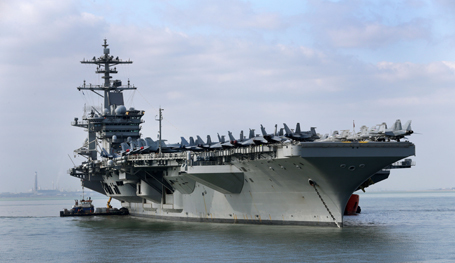