China will take part in Russia's Vostok-2018 military exercises. These are not just common  manoeuvres, but large-scale exercises with offensive goals. What made China change its principle of staying in the shadow? 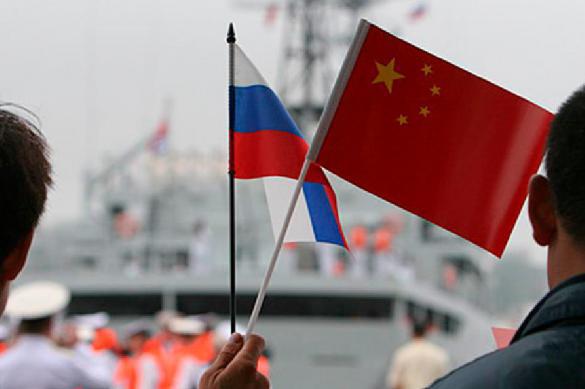 The Pentagon called Russia and China strategic opponents of the United States. Introducing the new defence strategy in the beginning of 2017, US Secretary of Defence Jim Mattis called Russia and China "revisionist powers" who seek to create a world that would correspond to their authoritarian models. The head of the Pentagon stressed that it was the competition between powers, rather than terrorism, that became the focus of the US national security strategy.

The threat from Washington was not new for Russia, but the publication of America's national defence strategy became a real challenge to Beijing.

China has not held military operations since 1970 (the war with Vietnam), so Beijing needs to acquire military experience somewhere. The South China Morning Post wrote an article on the subject under the headline "Vostok 2018 war games: China's chance to learn Russia's military lessons from Syria." However, it goes about Russia's largest military exercises that the country is going to have in its Soviet and post-Soviet period. They could be compared to the manoeuvres in 1981 in Belarus, when the West imposed sanctions on the USSR for the invasion of Afghanistan. These days, it appears that history does repeat itself. Symbolically, Vostok 2018 war games kick off on September 12, and the manoeuvres of 1981 began on September 12 too.

In 1981, Soviet troops trained their skills for an offensive and landing operation in the rear of the conditional enemy. Defence Minister Sergei Shoigu said that Vostok 2018 drills would be similar to Zapad-81, although they would be larger. "Just imagine 36,000 units of military hardware in motion simultaneously - tanks, armored personnel carriers, BMP vehicles. And all this, of course, will be staged in conditions that would be as much close to combat actions as possible," Shoigu said.

In other words, Beijing is aware of such parallels, but China will still send up to 3,200 servicemen of the People's Liberation Army (PLA) and 30 aircraft to Vostok 2018 war games. Military expert from Beijing, Zhou Chenming, told the South China Morning Post that "the PLA's participation in Vostok 2018 was also a sign of Beijing's political support for Russian President Vladimir Putin, who is under diplomatic pressure on various fronts."

The newspaper also cites Jonathan Holslag, professor of international politics at the Free University of Brussels, who noted that Russia and China hold the drills to send a signal of deterrence to the Western world.

"It shows that, while there is still a lot of distrust between Moscow and Beijing, Moscow sees no other choice but to work with China, especially as relations with the US remain unstable and Chinese financial support is needed to mitigate the effects of Western sanctions," said Holslag, the newspaper wrote.

The head of the School of Oriental Studies of the Higher School of Economics, Alexei Maslov, told Pravda.Ru that China is demonstrating the existence of the military-political alliance with Russia to the United States. "Military exercises are held on a regular basis and they become bigger and bigger. This is very important for stabilising the situation around China, which the United States wants to contain. China wants to show its stability and military power," Alexei Maslov said in an interview with Pravda.Ru.

For Russia, it is important to show that China is an economic component of the new world, whereas  Russia is the military one. Mongolia's participation in the drills is a real breakthrough that opens the doors to inner and eastern Asia for Russia, the expert added.

These actions come as counterbalance to USA's military drills, which America regularly conducts in the region with South Korea.  Alexei Maslov does not think that Russia and China should set up a NATO-like military bloc in Asia. Yet, the Chinese will be able to learn a lot from Russia during the upcoming war games, just like as Russia is going to learn a lot about China's military system," the expert told Pravda.Ru.