The essence of military exercises in the United States has changed. Not that long ago, American soldiers would train their skills to counter insurgent and partisan military organizations. These days, however, they are trained to show resistance to the regular army of a potential adversary - Russia. 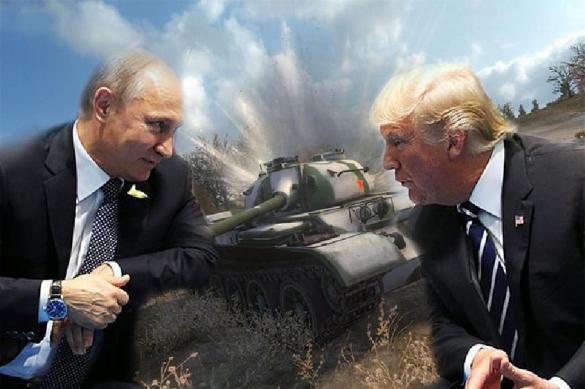 "We train against the highest end threat we think we can face," Mike Simmering, the commander of Fort Carson's 3rd Brigade said. "Our ability to execute this level of operations can be applied several places throughout the world - against any near-peer adversary," he also said to sum up the results of field training exercises held earlier this month. The drills combined simulations and live-fire exercises to prepare its soldiers for battle with enemies like Russia and China.

Military hysteria has been gathering pace lately in the West. The Baltic States, for example, have recently held US-led NATO Saber Strike military drills, in which NATO troops were training to repulse the attack of an eastern enemy.

During the recent years, US Armed Forces have acquired Soviet-made military hardware - warplanes and helicopters - to practice combat actions on them. NATO troops even held an operation, in which they entered a "Russian village." Prior to this operation, NATO had searched for extras to create a Russian settlement that NATO troops would enter.

In early 2018, the Pentagon started looking for a general, who would deal with the planning of a possible conflict with Russia and China.

In general, the above-mentioned exercises of Fort Carson's 3rd Brigade come just as another act of consistent military policy of the United States. Moreover, the US Navy continues to increase the quantity of its warships in the Black Sea and never stops air provocations in Russia's waters off the coast of the Crimea. For US policy-makers, enemy No. 1 is clear.

We have to admit that the rhetoric from US officials is sometimes striking. For example, US State Department spokeswoman Heather Nauert said that Washington was going to impose new restrictions on Russia to make the Russian government improve its behavior.

Some time earlier, Pentagon officials, commenting on the naval buildup in the Black Sea, said that such an escalation was necessary to reduce the level of conflict in this region. In a nutshell, "war is peace, and freedom is slavery."

The US-Russian confrontation has been developing in the field of "hybrid war" as well. For example, Michael Morell, former deputy director of the CIA, wrote in his recent article for The Washington Post about the need to establish a single center to counter hybrid threats. At the same time, he acknowledged that it would be best to orchestrate a middle-class revolution in Russia to topple Putin.

US President Donald Trump has recently announced plans to set up a separate branch of space forces in the structure of the Armed Forces of the United States. Many elements of the new space defense program are to be borrowed from Ronald Reagan's program known to the general public as "Star Wars." Needless to say that Trump mentioned Russia and China as USA's prime adversaries in space.

Inside the United States, immigrants from Russia are automatically labeled as a "potential threat." The US Russian diaspora counts about three million people, and if US law-enforcement authorities eventually decide to "hunt those Russians down," such an initiative would definitely eclipse the entire era of McCarthyism. 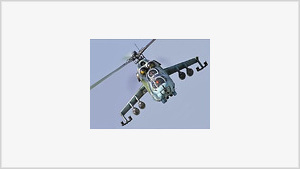