Russia's five-day war with Georgia: What lies beneath international lies

Ten years ago, on August 8, 2008, Georgia attacked South Ossetia. The attack marked the beginning of the conflict that would later be called "The Five-Day War." 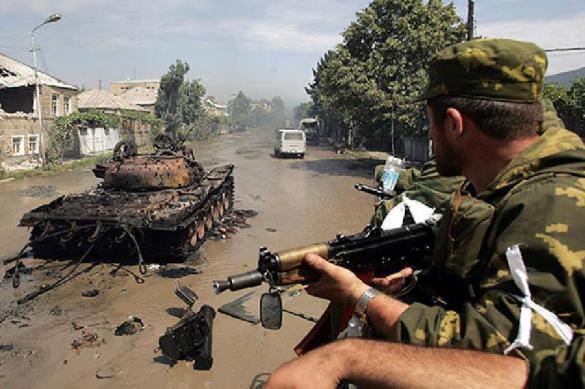 Tensions between Georgia and South Ossetia had been growing since the collapse of the Soviet Union or even earlier. In the beginning of the 2000s, the crisis subdued, but the situation took a turn for the worse again after Mikhail Saakashvili came to power in Georgia as a result of the "Rose Revolution" in 2004.

When Saakashvili took office as President of Georgia, the authorities of the republic embarked on  political and then military provocations. At some point, Saakashvili came to Ossetia in 2004 within the framework of the election campaign, but he had not coordinated his visit with the local authorities. He publicly stated then that it was the last year when the Ossetians had not cast their votes in the election of the Georgian president. At the same time, the vast majority of residents of South Ossetia (approximately 98-99 percent) had voted at referendums for their independence from Georgia. What it more, they had voted for South Ossetia to join the Russian Federation.

Russia has been trying to act as a peacekeeper since the late 1980s. Russia's peacekeeping contingent was deployed in South Ossetia. Yet, Georgian officials - especially those who came to power as a result of the "Rose Revolution" - saw only a military way for annexing Ossetia.

Apparently, Saakashvili expected that the West would approve of Georgia's military aggression against the Ossetians. Most likely, the plan was to seize the republic so that the West would then recognize it as a part of the Georgian territory despite the losses among the Russian peacekeeping contingent and civilians.

In 2008, few believed that Russia would intervene in the conflict to protect the Ossetians and their interests. Today, ten years later, it is obvious that Saakashvili was hoping for a blitzkrieg: to  attack and seize South Ossetia very quickly so that the Russians would not even know what hit them.

Georgia launched the artillery attack on the city of Tskhinvali on August 8 at 00:15 a.m. At first, the Georgian troops captured several villages and reached the outskirts of the capital of the republic, having killed several Russian peacekeepers.

In one of the interviews, sitting President of South Ossetia, Anatoly Bibilov, recollected those events: "Unfortunately, on the outskirts of the city, riot policemen were killed. I told them then that they would have to retreat into the city, but they were carrying out the order. One must pay tribute to those heroic guys, because they had been executing the order until the very last second of their lives."

The Russian troops entered the territory of the republic several hours later. It became clear by the evening of August 8 that the Georgian blitzkrieg had failed. Russia launched its counteroffensive operation, which was dubbed as an act of "coercion to peace."

Mikhail Saakashvili, formerly the president of Georgia and an outcast Ukrainian politician, who now serves, as it appears, a blogger on Echo of Moscow radio station, still believes that it was Russia, but not Georgia, that committed aggressive acts.

His recent column is devoted to "heroic battles" of the Georgian army and the "Russian aggression." According to Saakashvili, Chechen terrorist and warlord Shamil Basayev was a Russian volunteer.  Saakashvili still thinks that he found courage to show proper resistance to Russia. Well, the famous video of Mikhail Saakashvili chewing on his tie is a perfect example of this man's unexampled heroism.

In the end, all attempts to accuse Russia of aggression fell apart when the International Commission of the European Union concluded as a result of its investigation that it was Georgia that committed an act of aggression.

The verdict from the EU, however, did not stop either Georgia or the United States from accusing Russia of attacking Georgia.

The events of August 8 marked a turning point in Russia's modern history. The conflict with Georgia made Russia believe that the country is capable of protecting its interests and ensuring  peace not only on our borders, but also in adjacent territories. Russia was experiencing the feeling of triumph and historical justice. The Georgian army shelled residential quarters of Tskhinvali, and we still remember the footage of the city in ruins with dead bodies of civilian residents on the streets.

Now, ten years after that war, South Ossetia is a developing republic. The majority of Ossetians still want their republic to join the Russian Federation, and South Ossetian President, Anatoly Bibilov, says that it will happen sooner or later.

South Ossetia runs its own economy and pursues an independent foreign policy. The republic has recently established trade relations with Syria. Most importantly, however, South Ossetia lives in peace today.

As for Saakashvili and other Georgian politicians who unleashed that war, some of them have been defamed, jailed or put on international wanted list. The current relations between Georgia and Russia remain complicated, but the sitting Georgian leadership is wise enough not to pursue the policy of saber-rattling in relation to the territories that historically have never been Georgia and do not want to be a part of it in the future.