Vladimir Putin's visit to Austria comes as a sign of friendly relations between Moscow and Vienna at the time of EU-Russia tensions caused by the far-fetched and fabricated Skripal case. It also appears that Russia has been developing positive ties with the European Union lately in light of recent meetings that Putin has had with German Chancellor Merkel in Sochi, French President Macron in St. Petersburg and Bulgarian Prime Minister Borisov in Moscow. 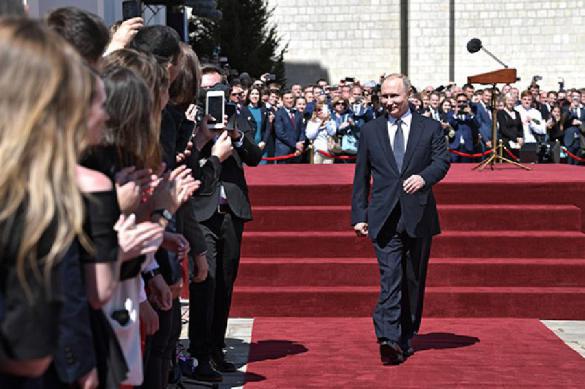 Moscow appreciates not only positive statements, but also Vienna's official position on the infamous Skripal case. Austrian Prime Minister Sebastian Kurtz of the Austrian People's Party decided not to  expel Russian diplomats after almost all of Europe did so in solidarity with London. "Austria is a neutral country that sees itself as a bridge builder between the East and the West," the joint statement from the Prime Minister and the Foreign Ministry said.

Putin certainly remembers other positive aspects in the Russian-Austrian bilateral relations. Putin received an invitation to come to Vienna for an official visit in June 2014, when Putin was considered a political outcast as the West was outraged about Russia's reunification with the Crimea. Vienna also had a firm stance on the construction of the South Stream gas pipeline. Austria was defending the project as much as it could until Bulgaria succumbed to Brussels. This also designates an extremely benevolent position of Austrian businesses that also insist on the lifting of sanctions from Russia. It is worthy of note that Putin is visiting Austria to mark the 50th anniversary of the beginning of natural gas supplies to the European country.

Austria continues discussing Putin's interview to ORF television channel, stressing that the Russian president does not want to split the European Union. As Putin said, the more problems the EU has, the more problems Russia has to deal with.

Vladimir Bruter, an expert with the International Institute for Humanitarian and Political Studies, told Pravda.Ru that Austria wants to take Russia's interests into account. "Unilateral and unwarranted sanctions against Russia can ruin many things, but they cannot create anything instead. This is dangerous for Europe, which finds itself in a geopolitical trap. On the one hand, Europe is  incapable of ensuring its own security, but on the other hand, it worsens relations with Russia - Europe's largest geopolitical player," Vladimir Bruter said in an interview with Pravda.Ru.

"The lifting of sanctions will not restore relations between Russia and the West, and Putin's visit to Austria comes as an attempt to start a new conceptual dialogue. If the Russian-Austrian dialogue starts something new, it will mean that Putin has done his job," the expert said.

"There will be no quick results from this dialogue, but Russia is ready to bear her share of responsibility while requiring responsibility from the other side. If the West simply tells Russia to do something and then again something, then there will be no dialogue at all," the political scientist told Pravda.Ru.