Crown Prince of Saudi Arabia Mohammed bin Salman shocked the world by predicting a war with Iran in 10-15 years. Preparing for this war, Riyadh seeks to strengthen its positions in Central Asia and Azerbaijan to create a ring of allied countries around Iran. 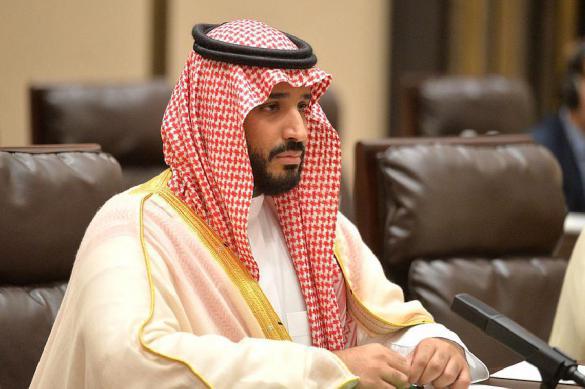 Saudi Arabia's expansion plan in post-Soviet space is likely to be successful, given the generosity, with which the Arabian monarchy spends its petrodollars. Analysts understand that 82-year-old King Salman bin Abdul Aziz al-Saud will fully transfer the reins of his power to 32-year-old Crown Prince Mohammed bin Salman.

The young and vigorous Crown Prince has already announced large-scale plans to build a city on the coast of the Red Sea for 500 billion dollars and invest 64 billion dollars in the entertainment industry in the next ten years. The leaders of Central Asia and Azerbaijan are confident that would-be King Muhammad would just as easily give them large-scale loans or invest a lot in their economies.

The weakest link in Central Asia is Kyrgyzstan. This country has no oil and gas reserves and the deficit in the country's budget grows constantly. Kyrgyzstan counts on generous Saudi investment and loans, and Riyadh seeks to turn Kyrgyzstan into its strategic partner in the region and solve some of its geopolitical tasks with the help of the former Soviet republic. The ultimate goal for Saudi Arabia at this point is to isolate Iran.

The Saudis have been gradually strengthening their ties with Uzbekistan lately as well. During the recent meeting between Uzbek Justice Minister Muzrafy Ikramov and Saudi Ambassador to the Republic, Hisham bin Mishal bin Suvayim al-Suwaylim, the parties agreed on signing a memorandum of understanding. In the near future, the sides will sign new agreements in the field of trade, economy, science and technology.

The President of Kazakhstan also highly values friendship with the richest monarchy of the Persian Gulf. In October 2016 Kazakh President Nursultan Nazarbayev made an official visit to Saudi Arabia, where he agreed with King Salman bin Abdul Aziz al-Saud about close cooperation between the two countries in the sphere of oil production and export. The Saudi monarch promised to invest heavily in the oil and gas production and processing industries.

However, it is Azerbaijan that is likely to become Saudi Arabia's most important strategic ally in the region. The reason is simple: Azerbaijan borders on Iran. In addition, almost 40 percent of Iran's population - about 30 million people - are ethnic Azerbaijanis.

There are many tourists from Saudi Arabia in Azerbaijan, who make lavish purchases to pleasantly surprise local vendors.

Saudi Arabia was one of the first countries to have recognised the independence of Azerbaijan in 1991. It was Riyadh that helped Baku in the construction and restoration of more than 220 mosques in Azerbaijan. The Saudi Cultural Center was established in the capital of Azerbaijan. Azerbaijani President Ilham Aliyev had visited Riyadh twice: in 2015 and 2017.

In turn, the former head of the General Intelligence Service of Saudi Arabia has recently visited Azerbaijan to participate in the Global Baku Forum. In January 2017, on the sidelines of the Davos Forum, Ilham Aliyev met with Saudi Energy Minister Khalid al-Falih. The parties discussed the possibility of cooperation in the oil and gas sector.

Saudi Arabia has reportedly been trying to persuade Azerbaijan to become its military ally in the confrontation with Iran. In February 2018, a delegation of the Saudi military department headed by Major-General Ali bin Ibrahim Al-Fawwaz visited Baku. However, President Ilham Aliyev warned the Saudis that Azerbaijan was a member of the "Non-Aligned Movement", which means that Azerbaijan refuses to participate in military alliances.

Today, Azerbaijan maintains equally warm relations both with Tehran and Iran's sworn enemy - Israel. To crown it all, Azerbaijan may gain considerable profit from developing friendship with Saudi Arabia. Most likely, Baku will continue the line of economic and energy cooperation with Riyadh without making any steps that may complicate Azerbaijan's stable relations with Iran.