EU launches expansion for the sake of disintegration

Brussels is launching a new wave of EU expansion. The initiative should, however, exclude Georgia, Ukraine and Moldova, even though the countries have been waiting for their "hour of triumph" for years and years. Instead, however, Brussels is going to invite fragments of the former Yugoslavia, including Kosovo, to join the EU. 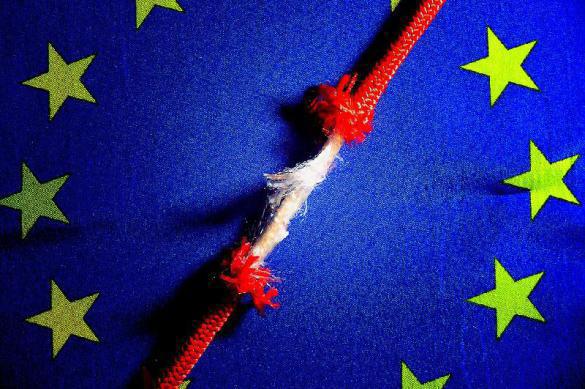 There are six contenders: Albania, Bosnia and Herzegovina, Kosovo, Macedonia, Montenegro and Serbia. Formal difficulties already exist for Kosovo and Metohija, which EU old-timers - Spain, Cyprus, Greece, Romania and Slovakia - do not recognise as an independent state.

Will Macedonia change its name in favour of Greece? What will Cyprus say that has an unresolved problem with the "independence" of Northern Cyprus? Most importantly, will Serbia recognise Kosovo's independence? Brussels suggests it will by 2025.

There are many questions as far as the popular sentiment is concerned. According to Eurobarometer, 68% of the population of Germany spoke against further expansion in 2014, 67% - in Austria and Luxembourg, 65% - in France, and 60% - in Belgium.

There are many skeptics in candidate countries as well. According to the monitoring of the Regional Cooperation Council, only 26% of respondents in Serbia believe that being a member of the European Union would be good. The number of EU supporters in Montenegro, Bosnia and Herzegovina is 44 and 31 percent respectively, which is not large at all.

Why does the EU need to expand? The draft strategy of the association, quoted by Eurobserver, says that the reliable prospect of expansion is a key factor in the transformation of the region that has geostrategic significance.

That is, in case of success, Germany and France will receive sales markets of the above-mentioned  countries, as well as cheap skilled labor force, plus a part of natural resources of the Western Balkans.

In addition, Serbia and other Orthodox countries of the Western Balkans will be withdrawn from Russia's influence. "The European Union will not leave abandoned the countries that Brussels does not control, especially against the background of Russia's growing influence," Director of the Center for Comprehensive European and International Studies, Timofei Bardachev, told Pravda.Ru.

The strategy of Brussels is as follows: more countries - more money. The West has the political elites of the Western Balkans under control for a long time already. They willingly dance to the tune of Washington and Brussels, but the state of economic affairs in those countries leaves much to be desired.

The European Union project is in crisis, and the crisis may trigger its disintegration, Igor Shatrov, deputy director of the National Institute for the Development of Modern Ideology, told Pravda.Ru.

"Even if Macedonia, Serbia, Montenegro, Albania are admitted to the European Union, they will not have full-fledged membership, but a special status with limited rights, without participation in the euro zone," said Timofei Bardachev. By 2025, the European Union will have two camps with the center and the periphery.

Indeed, the Netherlands and Denmark, where eurosceptics won elections, may revise their presence in the EU, while nationalist governments of Hungary, Poland and Slovenia may suspend their membership.