The US Congress has published a report titled "Putin's Asymmetrical Assault on Democracy in Russia and Europe: Implications for U.S. National Security." The report says that the United States may not have enough time to prepare for the "Russian intervention" in the midterm congressional elections that will take place in 2018 and the presidential election in 2020. Action must be taken immediately. 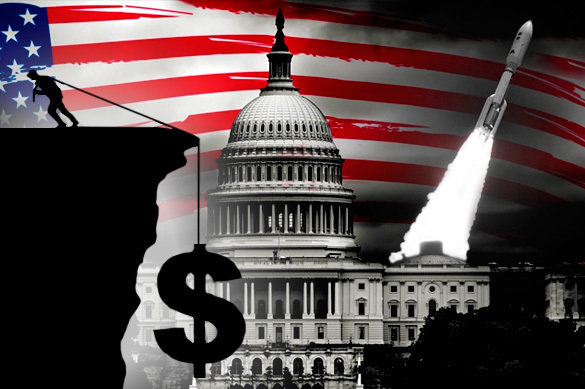 The report notes that Russia has intervened in affairs of 19 European states to a greater or lesser degree. The document mentions the United Kingdom (Brexit), the presidential election in France, and the parliamentary elections in Germany. Of course, the report includes Moscow's "attacks" on the governments of Georgia and Ukraine.

To counteract the "Russian threat," the document says, efforts of the United States alone will not be enough, so the US calls on EU countries to support Washington in the crusade. Needless to say that the campaign is going to be conducted under the leadership of the United States.

The thesis is somewhat humiliating to Europe: the US Congress clearly disregards EU's ability to predict and counteract emerging threats, even though it goes about far-fetched and concocted threats.

The authors of the report - Democratic senators and congressmen - said that they did not have a goal to investigate the "Russian interference", but only wanted to show "the scale of Putin's actions."

"If the United States fails to work with urgency to address this complex and growing threat, the regime in Moscow will become further emboldened. It will continue to develop and re-fine its arsenal to use on democracies around the world, including against U.S. elections in 2018 and 2020," the authors of the report say. Noteworthy, one of the authors of the document is Senator Ben Cardin, who is known as one of the most consistent Russophobes on the Capitol Hill.

Predictably, the report criticizes Donald Trump, who does not react properly to Vladimir Putin's interventions.

As for countermeasures, they are not new at all either. One needs to ensure the energy security of Europe, impose large-scale financial sanctions against Putin and his team and set up the global cyber security system. One has to be a complete idiot to accept those suggestions after the story about the NSA tapping world leaders' phones.

In general, the complex of propaganda cliches in the 200-page report is impressive just as the level of incompetence of American senators and congressmen in matters of Russian domestic policy.
Of course, there are politicians and analysts in Russia, who demonstrate the striking lack of knowledge about most basic aspects of political process in the United States. Yet, they do not spend tax-payers' money on such reports.

It is worth noting that Republicans did not put their signatures under the report, although this fact does not indicate different approaches to building relations with Russia.

We would say that the fact of such low-profile reports from US senators and congressmen indicates certain problems within the United States. However, this is also a problem for Russia, because such documents as the above-mentioned report serve as the basis for US policies. This report is just another one in a pile of many other similar ones. What's the point of writing another one?

Author`s name Anton Kulikov
18:54
Ukrainian soldier uses chainsaw and fire to release US howitzer from ice trap
18:30
Onet: Ukraine will lose in six months due to shell shortage
14:17
Russians buy more than 50 tons of gold in 2022
13:34
USA's plan to give 20 percent of Ukraine for peace hoax
19:57
Russia will use all of its military potential to counter Western arms supplies to Kyiv
18:34
Biden changing strategy on Ukraine to reach diplomatic solution with Russia
17:36
Consequences of NATO's possible supplies of fighter jets to Ukraine get clear
15:16
Ukrainian forces suffer heavy losses while trying to cut across Dnieper
13:35
USA's next step is to suppress European economies
12:52
Victoria Nuland turns herself in about Nord Stream blasts
Medvedev: Ukraine as a state to be devastated, go bankrupt and be turned into colony