For USA, interference in Russia's internal affairs is natural

Official spokesperson for the Ministry of Foreign Affairs of the Russian Federation Maria Zakharova spoke about America's interference in Russia's internal affairs at a briefing on Thursday. 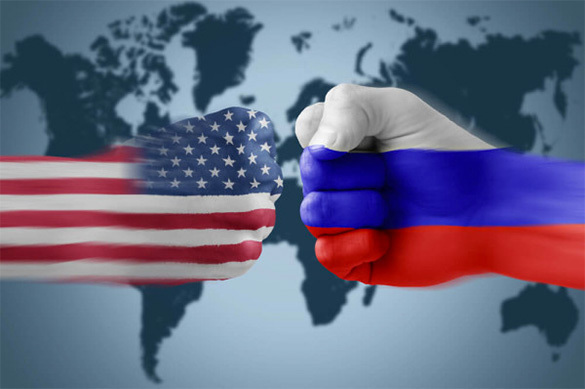 US President Donald Trump, when in Poland, stated that he did not exclude a possibility of Russia's intervention in the American election. However, other countries could do it too, and no one knows for certain what really happened, he added.

"The topic of Russia's alleged interference in US domestic politics does not come off front pages of American magazines and newspapers. I would like to bring up real, but not mythical, facts of USA's interference in Russia's domestic policy to remind the American political establishment of what they had done in relation to our country," said Maria Zakharova.

In 2014, she said, the Obama administration "did not even try to hide their intentions to create a crisis situation in the Russian economy, to stimulate social discontent and provoke a change of power." "It was a worldwide call to intervene in Russia's internal life to give the Russian people a sense of the degree of their isolation. They directly declared that in the spring and in the summer of 2014, then Washington initiated sanctions against our country," the official spokeswoman for the Russian Foreign Ministry said.

In addition, Zakharova referred to direct instructions from the US government to diplomats regarding interference in Russian internal affairs. "The law on the support of freedom of Ukraine signed by Obama in December 2014 is also very indicative. It contains a direct and undisguised call for intervention in Russian internal affairs. The US Secretary of State was directly instructed to improve democratic governance in Russia through non-governmental and international organisations," she said.

Maria Zakharova also recalled the activity of various American funds, both state-run and formally non-governmental ones. It is primarily goes about the US government agency for international development, the National Democratic Institute (NDI) and the International Republican Institute (IRI). According to Zakharova, those funds wee funding terrorist groups in the North Caucasus.

"In reality, the foundations exist at the expense of the US budget and are nothing else but a tool of Washington's foreign policy. The above-mentioned US law from 2014 openly speaks about the use of non-governmental organisations in the work to show influence on the situation inside Russia.  The budget provides for $20 million annually for the purpose," Zakharova said calling American politicians to think about it when lobbying new sanctions against Russia as "punishment for the attack on the American democracy."

It goes without saying that Washington is aware of the activities of all those funds. Washington is convinced that all that work meets national interests of the United States. It should be noted that the scale of this activity in Russia has significantly decreased over the past few years. However, it is impossible to take this type of activity to zero.

As a matter of fact, just a few years ago, interference of foreign countries - not only the US - in Russia's internal affairs was commonplace. Suffice it to recall the founding conference of "Other Russia" movement in the summer of 2006. Representatives of various opposition movements and ambassadors of a number of Western states attended the conference. The scandal was huge. The conference took place on the eve of the G8 summit in St. Petersburg. The impudence of foreign diplomats struck the Russian authorities. It is impossible to imagine that Russian diplomats could take part in such an event in Britain, Canada, let alone the United States.

The current hysterical campaign in the United States continues, but Russia has been dealing with this issue for at least a quarter of a century. The problem is not as strong as it was five years ago, but still.