Why did Donald Trump recognise Jerusalem as the capital of Israel?

The decision of US President Donald Trump to recognise Jerusalem as the capital of Israel dooms the Middle East to a new era of tensions and violence. It also brings humiliation to the Arab world, fear and hatred for the Israelis, and the collapse of hopes for peace and deliverance from the terrorist threat to all. 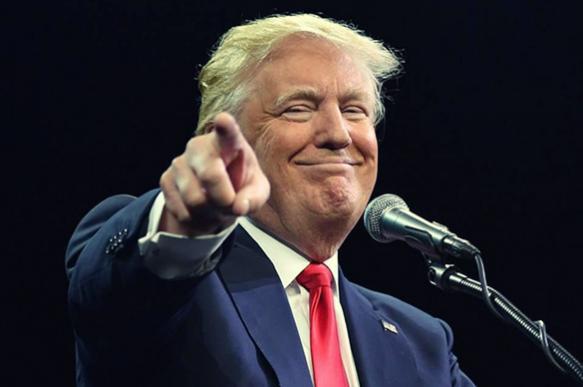 Why did Donald Trump recognise Jerusalem as the capital of Israel? It is too easy to ascribe  everything to Donald Trump's unpredictability, his inexperience or to domestic political reasons. Trump does need the support of the Israeli lobby in America, but we would like to believe the lives of the millions do not depend on such trifle reasons, considerations and calculations.

Trump himself stated that his decision protects the interests of the United States and was made in an effort to seek a peaceful settlement between Israel and the Palestinians. He did not specify what interests he was talking about exactly. Recognising Jerusalem as the capital of Israel will cause a storm of anger and outrage not only in Palestine, but in the whole Arab world. This is the ideal fuse for the new intifada. When Iraq and Syria have just managed to break the backbone of the strongest international terrorist organisation, Donald Trump has detonated a bomb that may lead to unpredictable consequences for the world.

Why move US Embassy to Jerusalem now?

Professional terrorists of the Islamic State* terrorist organisation (banned in Russia) have not merged with no less professional fighters of various Palestinian groups. A year ago, Pravda.Ru correspondents paid a visit to Palestine, where we could see that ISIL* ideology had not found followers there. Today, however, both Israel and Palestine are on the brink of another intifada.
If the new intifada occurs, it will be an intifada of a new type, with the active participation of surviving terrorists from Syria and Iraq. Neither Israel nor Palestine want such a development, but this is just the scenario that meets the interests of the United States.

The moment, when Donald Trump recognised Jerusalem as the capital of Israel also has a special significance. After all, the Congress made the principal decision to move the US embassy to Jerusalem back in 1995. Since then, US presidents have only been able to postpone its implementation.

America could have done this before. In 2000, Israeli Prime Minister Ariel Sharon caused an outburst of Palestinian anger after he demonstratively "ascended" the Temple Mount. Sharon, who was nicknamed the "Bulldozer" in the region, clearly wanted to trigger powerful unrest that could give him a reason to set the situation in motion. If the USA had moved its embassy to Jerusalem back then, it would not have triggered a catastrophe, because the region was already highly unstable.

In addition, there was no such phenomenon as Islamist terrorism, nor were there any color revolutions. Plus, there was no war in Syria in the immediate vicinity to the zone of the Palestinian-Israeli confrontation. Presently, however, this move will lead to huge losses, costs and casualties.

How will Muslim nations respond to the USA?

It is worthy of note that the first reaction to the news came from Turkey. Turkish President Erdogan warned that Turkey would break off diplomatic ties with Israel. King of Jordan Abdullah II joined Erdogan with a similar statement afterwards. Both of them spoke about the insult that Trump  inflicted on all Muslims, adding that the Organisation of Islamic Solidarity would respond to the USA.

Turkey has long been harbouring plans to regain the status of the defender of all Muslims of the world and become world's major Islamic power instead of Saudi Arabia.

The Saudis could not frown at Washington, because Saudi Arabia announced the reform of their own Wahhabi Islam. In addition, Riyadh has recently showed signs of cooperation with Israeli (sharing intelligence information) and was almost ready to open a Saudi diplomatic embassy in the Jewish State. In this situation, Saudi Arabia clearly loses to Turkey in the race for leadership in the Islamic world.

Against this background, the appearance of the King of Jordan is a landmark event. The Turkish-Jordanian duo does not look incidental. The Jordanian kingdom is called Hashemite: King Abdullah comes from the tribe of Banu Hashim - the tribe of Prophet Muhammad. His ancestors were expelled by the clan of Saud from the Hijaz - their kingdom on Arabian Coast. Two Islamic shrines are located on the territory of the Hijaz there are two shrines of Islam - the cities of Mecca and Medina. Jerusalem is the third shrine. It just so happens that its main defenders are the Turks and the Hashemites, rather than the Saudis who guard Mecca and Medina. This is a serious reason for a major split to occur in the Muslim and the Arab world.

Iran has been striving for the status of a defender of holy places of Islam, especially Jerusalem, as well. Iran does not hide its claims for the role of the leading empire in the Middle Eastern either. Iran intervened in the Syrian war for this particular reason. Prior to that, Tehran created Hezbollah in Lebanon and introduced the movement to the government.

The Americans forced all, the Saudis in the first place, to believe that the main source of threats to Arabs is Iran, but not Israel. What about now? Does Iran remain the prime enemy of all Arabs or has Israel regained its status? Is it the USA that appears as the enemy?

Donald Trump has given many more reasons for the Arab world to split further. Does it meet the interests of the United States? It probably does.

* Islamic State is a terrorist organisation, the activities of which are banned on the territory of the Russian Federation.

Author`s name Dmitry Nersesov
18:54
Ukrainian soldier uses chainsaw and fire to release US howitzer from ice trap
18:30
Onet: Ukraine will lose in six months due to shell shortage
14:17
Russians buy more than 50 tons of gold in 2022
13:34
USA's plan to give 20 percent of Ukraine for peace hoax
19:57
Russia will use all of its military potential to counter Western arms supplies to Kyiv
18:34
Biden changing strategy on Ukraine to reach diplomatic solution with Russia
17:36
Consequences of NATO's possible supplies of fighter jets to Ukraine get clear
15:16
Ukrainian forces suffer heavy losses while trying to cut across Dnieper
13:35
USA's next step is to suppress European economies
12:52
Victoria Nuland turns herself in about Nord Stream blasts
Medvedev: Ukraine as a state to be devastated, go bankrupt and be turned into colony