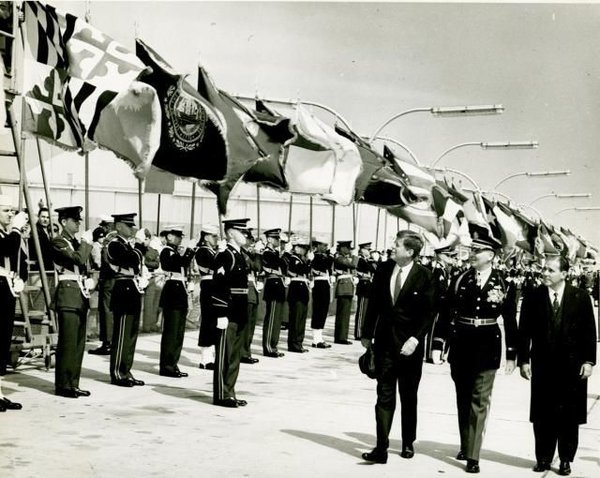 December 6 is one of the saddest anniversary for Brazilians, and the democratic world who fights for social justice and peace: on this day in 1976, former President João Goulart (1961-1964), overthrown by a military coup with more than 70 percent of an approval rating, passed away at 57 years old in his exile with family, in Argentina.

Jango, as the most progressive president in Brazil's history was popularly known, suffered from heart disease but his passing  has been kept in mystery even today, 41 years from his death. There are lots of evidences that Jango was poisoned.

The more the family investigates, the more it becomes clear that secret agents, largely infiltrated in the Goularts house, changed Jango's heart medicine for poison.

"It is a long, painful, painful process to undergo this kind of investigation, especially when we have a country [Brazil] subservient to the United States of America," said João Vicente Goulart, Jango's son, to Pravda.

"Documents prove the clandestine subtraction of my father's personal documents inside our apartment in exile by an agent B of the room where he slept, according to a statement to our Federal Police of a Uruguayan secret agent, Mario Barreiro, who attended the meeting in August 1976 at the Uruguayan secret police headquarters in the presence of Fleury's delegate [Sérgio Fernando Paranhos Fleury, a Brazilian police official who tortured in the years of dictatorship in the South American country], the CIA Chief Frederick Latrash, US Ambassador Slauderman, the head of the Uruguayan Armed Forces with Chilean agents who brought from Santiago the Operation Condor extermination poisons, commanded by the chemist of the DINA (Chilean secret police) Hermes Berríos and the agent Michael Townley, that lives under protection of the American State under another name," Goulart added.

""There are so many indications, that the Federal Public Prosecutor's Office in Rio Grande do Sul state (southern Brazil), conducted by prosecutor Suzete Bragagnolo, did not close the investigation even after the exhumation [in 2013] of the remains that have not yet been conclusive, for the time between death and exhumation," regrets Goulart.

Maria Theresa, Jango's widow, said that time is not enough to forget her husband, and everything he did to a better world. She has been seeking comfort in her family through the years. "Nowadays I have the compensation of being always with my son and daughter, João Vicente and Denize, and of all my family who means the world to me."

"It was a brilliant period, where Cinema Novo [New Cinema], Bossa Nova, and Arena Theater in the cultural sector came up in Brazil," remembers the 60's João Vicente Goulart. "New social movements such as peasant leagues, industrial and rural syndicalism, the student movement that, in the fervor of the debate during the Jango administration, emerged as a nationalist nation in opposition to the internationalism of its opponents.

"The João Goulart government brought to the broad discussion of society the reform of the Brazilian State, through the 'Basic Reforms', a set of proposals aimed at the development of the internal market as a lever of development."

"The agrarian, tributary, banking and university reforms, the National Literacy Plan, urban reform, the remittance law of multinational companies, the expropriation of oil refineries granting the monopoly not only of exploration, but also of refining to Petrobras [state oil company], were nationalistic measures that displeased the owners of the world, and the national elites.

"In foreign policy, for the first time Brazil positioned itself internationally with absolute independence and sovereignty: Jango established the policy of self-determination of peoples. Brazil reestablished relations with the Soviet Union, voted against colonialism in the UN, moved forward with the reestablishment of relations with China and with the Asian and African peoples, in short, all these achievements were denied by the military dictators who, for years, tried to hide these proposals from the Brazilian people," observed Goulart.

The Brazilian Historian Vitor Schincariol told Pravda: "He was trying to continue Getúlio Varga's efforts of building a sovereing and economically developed nation on capitalist grounds," and added the researcher at University of ABC in São Paulo that "his presidential term was marked by a growing economic crisis caused by structural factors - foreign trade, financial crisis, cyclical downturn-, by wrong economic decisions such as former President Jânio Quadro's economic reform in the exchange rate system that, as the Brazilian Economist Celso Furtado (1920-2004) pointed out years ago, caused a loss of 30% of government's revenues. Also by the economic terrorism by the domestic bourgeousie and the international enterprises, that did not want a government that was supported by workers and that wanted to implement social reforms, which was not exactly socialist."

Professor Doctor Schincariol pointed out that when the economic and social situation worsened, President João Goulart chose the path of a more radical policy, so "the Army decided, side by side with the domestic elites and the United States, to implement a coup d'etat.

"The United States, the domestic bourgeousie, the ring wing forces in the Army could not tolerate Goulart, because of his honesty, his good relations with worker's movements and his genuine will of transforming Brazil into a developed, just and sovereing nation.

Jango's son said that the story told during the period of the dictatorship tried not only to erase President Goulart's period of government from history, but also "to alienate two Brazilian generations from the banner of nationalism while giving the international capital the reaction capacity of a free people."

Historian Schincariol pointed out to the same direction: "Goulart's and Varga's legacy was erased, phisically and ideologically, by the military dictatorship between 1964 and 1985. The economy was 'globalised'; the case for a industrialization with national capitals, social justice and national independence was substituted by 'dependence', 'fascist' policies and censorship; the democratic and left wing forces were imprisoned, killed or left the nation."

U.S. Historian Peter Kuznick considered that the military coup against President Jango was a thoroughly deplorable period in U.S. history, and a tragic one for the people of Brazil.

"When Humberto Castelo Branco [a military official and first president of Brazil after the coup] seized power, U.S. Ambassador to Brazil Lincoln Gordon cabled Washington that the generals had carried out a 'democratic rebellion', which was 'a great victory for the free world' that had prevented a 'total loss... of all South American Republics' and improved the climate for 'private investments'," the head of the Institute of Nuclear Studies of the American University in Washington told Pravda.

"U.S. President Lyndon Johnson sent "warmest good wishes" to Castelo Branco. Secretary of State Dean Rusk told the NSC and congressional leaders that the 'United States did not engineer the revolt. It was an entirely indigenous effort'. Repression began immediately.

"Johnson told National Security Advisor McGeorge Bundy that he wanted to send Castelo Branco a warm message on his inauguration. Bundy warned Johnson about the repression that was occurring. Johnson replied, 'I know it. But I don't give a damn. I think that...some people... need to be locked up here and there too',", pointed out Professor Doctor Kuznick.

"The new Brazilian regime complied, locking up more than 50,000 people the first month alone. U.S. aid flowed into the new government. A repressive military regime ruled for the next 20 years, leaving Brazil with the largest gap between rich and poor in the world. Equally bad, Brazil worked closely with U.S. leaders to defeat progressive movements throughout Latin America."

The renowned Brazilian historian reminded that when the dictatorship ended, Brizola and other democratic political forces tried to implement some of Goulart's ideas. "But the international environment, 'globalization' in 1990's, was still very hostile, and Brazilian left wing forces were more divided, with a new left-wing party, Workers' Party, having no direct relation and in fact lack of will to discuss or remember Varga's legacy, which they labelled 'populist'."

Goulart was incisive in comparing the 21 years of military dictatorship which murdered 455, left 155 "disappeared" and tortured more than 30,000 people, to today's Brazil under President Michel Temer, a deeply corrupted politician who, as vice-president, colluded against former President Dilma Rousseff, overthrown through a parliamentary coup in 2016: "Any similarity with what we are experiencing today is not mere coincidence, it is the purest reality of those who cowardly sell the country, of an illicit government that has once again taken over Brazil."

Recently, João Vicente Goulart authored a book titled Jango e Eu, Memórias de um Exílio sem Volta (Jango and I, Memories of an Exile with No Return), reporting the period of the Goularts. Jango's son told Pravda about the sufferings and persecutions in the exile, in Uruguay and Argentina.

"Exile brought not only to my father, but to every patriot from different nations that, at that time, fought in the exile to restore local  democracies and freedom, which dictatorships had imposed in Latin America.

Asked about how was feeling his father in his latter days, Goulart said: "Sad, very sad... but always thinking of returning to his land when Brazil and the suffering people could  finally get freedom, sovereignty and social justice."

Goulart said that in exile the family had moments of hope and faith. "Exile builds inside of us such an armor of resistence, based on faith that someone is fighting for your homeland which is not a bad luck for anyone."

"Jango, my father, undoubtedly brought within me teachings that I will take as an example until the end of my days," Responded Goulart full of passion when asked about the legacy left by his father. "Growing up in exile with him built solid foundations. Today, are present among us his struggle and examples not only for granting rights to a more fair society, but also to a fraternal and more distributive system to Brazilian workers.

"It also built within us the certainty that social and collective goals should never be abandoned, in order to keep us alive and standing to face the resistance and tyranny of oppression."