USA looking for reason to see nuclear weapons in action

The United States will not give up nuclear weapons, because the main principle of the US policy is deterrence by intimidation. The recent Nuclear Posture Review report outlines the views of the political and military leadership of the United States on nuclear policy for 20 years to come. In the coming years, the Americans will pay emphasis on the creation of a new generation of smaller nuclear warheads and try to apply this concept in one of the conflicts that may occur in the near future, Alexei Fenenko, a researcher at the Institute for International Security Studies of the Russian Academy of Sciences said in an interview with Pravda.Ru. 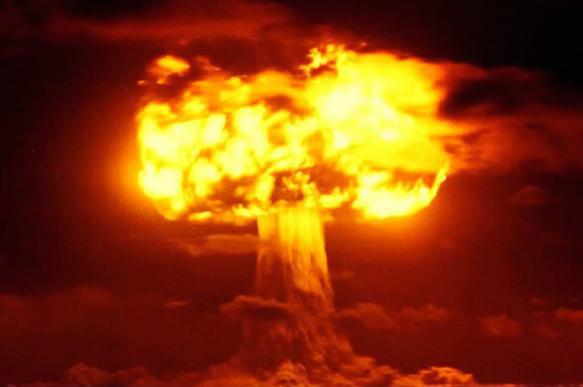 "The US military will not give up nuclear weapons. What strategy should Russia adhere to?"

"All those American nuclear weapons reports have never contained anything specific. They would be published to attract media attention, to stir up media hype. The most recent report appears to be an interpretation of George W. Bush's ideas from 2002."

"What are the prospects for the START Treaty to be extended till 2021?"

"First off, strategic offensive arms reduction treaties are beneficial primarily to the US rather than to  Russia. Their priority is the reduction of the Russian nuclear potential to the safest level. The more warheads and carriers Russia has, the more danger the US feels. Therefore, the threat of pulling out  from this treaty could be one of the most effective tools for Russia to combat sanctions. Russia could threaten to pull out from the START treaty in response to all kinds of threats to disconnect and isolate Russia from the rest of the world.

"Secondly, as for the non-proliferation of nuclear weapons treaty, the US, of course, wants to strengthen the document to create a certain body that would control the extraction of uranium ore, and ideally plutonium, from spent nuclear fuel - to introduce a new norm restricting all non-nuclear states from having access to nuclear power. So all the work on the nonproliferation regime is about USA's benefit.

"Non-proliferation is the sore point of the United States. If only Russia questions a number of international conventions on the turnover of fissile materials, the number of those willing to wage the war of sanctions with the Russian Federation will reduce considerably.

"Thirdly, the United States has been following the idea to create a new generation of smaller nuclear warheads, and I think that they will try to test this concept in one of the conflicts."

"Will Russia adjust its stance on nuclear deterrence?"

"The previous report, which was published during the presidency of Barack Obama, said that Americans were reducing emphasis on nuclear forces and attaching greater importance to state-of-the-art weapons. The Russian military do not believe in this, because the Americans have been working a lot lately on a large-scale program to enhance nuclear weapons in the first place. For Russia (and this is indicated in Russia's most recent national security strategy), nuclear weapons remain the primary - or critical - component to ensure national security. As long as we have nuclear weapons, we can only laugh to all types of threats, no matter what kind of new weapons they may try to come with."