A matter of freedom, of speech

In Western democracies, proud of constituting a model of absolute and universal values ​​that can be easily and easily applied to all countries of the world, the freedom of the press, of the thought and of the expression, is a definite and non-negotiable point that cannot be forsaken and constitutes the Venetian map of the real characteristics of the government of a Nation. Not at all, the "cruel dictators" attacked and killed by the democratic West in recent years, have always been presented as cruel press controllers, manipulators and absolute bosses. 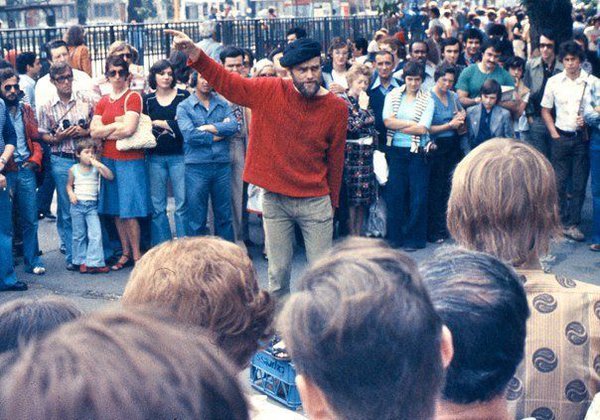 The evolution of computer technology has shifted much of the power of traditional media to the web, allowing viral dissemination of information that, in the old good days, would take longer to assert or would not even reach any end users. True and confirmed news, some a little imprecise, other simply fake that stay on the internet for more or less time, disappearing and maybe reappearing after months or years from the web meanders because some obscure author has replicated them for some goal not always understandable in the immediate future.

It is useful to remember that misinformation, even via the web, is weapon and fog of war and that all governments in the world are inclined to use it to defend their interests. The examples are many: just remember the non-existent weapons of mass destruction of Saddam Hussein or the non-existent fierce bombings ordered by Gaddafi against the rebellious cities. Both have been used to justify attacks that have led to the destruction of entire Nations and to the death of those who ruled them.

The Italian government has recently approved, in the smoky way that unfortunately features the Italian politics of our day, the bill 2886 which fortunately is not yet fully state law. When it is, a single citizen may be prevented from accessing certain websites that are believed to be fraudulent (but by what characteristics?) or even he might find himself blocked by browsing the web. To establish such a decision would be not the judiciary but the AGCOM State agency that, at least on paper, since 1997 "is an Italian Regulatory and Guarantee Authority with headquarters in Naples and a secondary office operating in Rome, established under the Maccanico's Law, which is entrusted with the dual task of ensuring the proper competition of operators on the market and protecting pluralism and the fundamental freedoms of citizens in telecommunications, publishing, mass media and postal services" [ source Wikipedia: https://it.wikipedia.org/wiki/Autorit%C3%A0_per_le_garanzie_nelle_comunicazioni ].

It goes without saying that an unprecedented mass mapping work and absolute control over citizens would be needed. Here comes to mind Paul Craig Roberts and Lawrence Stratton who in their book "The Tyranny of Good Intentions" [Prima Publishers 2000, Random House 2008] described the enormous damages produced to individual American citizens by the US legal system lost in an irrepressible lawsuit impulse but , precisely and unfortunately, for the sake of the best intentions.

To all this is added the tragedy (also Italian this, clearly) of the new electoral law, called with a graceful Latinism Rosatellum from the name of its extensor (the Hon. Mr. Rosato) and designed at a table to limit the chances of success of the 5 Star Movement, whose possible victory in the upcoming political elections in 2018 terrorizes the old political class. A farce tragedy, you could risk it, but also perhaps a violation of the Italian constitution, which together with the Chamber regulations, forbids for such decisions, the use of "trust" (the parliamentary vote which, with a negative result, leads to the fall of the government in office). Or maybe let it, according with the interpretations Italian style of the moment.

The picture is disturbing and leaves nothing to promise. For this reason, I asked a few questions about what could happen to Marcello Foa, a well-known Italian journalist who paid great attention to the problem.

Q) The Gentiloni government wants to approve a law against the so-called fake news. Is not it a commendable thing, as well as a precise duty of the government of a nation, to protect the public from fake news loaves for truth?

A) In theory yes but reality is a bit different. These efforts actually hide another purpose, to silence the inconvenient voices, those voices that have allowed many citizens in different Western countries to mature visions other than the mainstream. In my opinion, fake news is an excuse to close independent sites.

Q) This law stresses, once more, the duty to respect the copyright associated with multimedia content published or used by users on the web. Is this a good thing too, doesn't it?

A) In democracy, copyright infringement is being pursued in court with a good lawsuit. Here a censure is actually made, which seems to me rather serious.

Q) So the result would actually be a mass mapping entrusted to an agency, AGCOM, which is separated from the judiciary and the police. Is not absurdly dangerous that AGCOM can stop individual users from accessing to sites and information channels on the internet?

A) In fact, there are two actions, one about censorship and one that allows the State to retain for a period of 6 years all the data relating to a user's telephone and online traffic. That is, for 6 years everything is traced, it is a very long term, which has no precedent in democracy, so it is about mass mapping.

Q) But Orwell did not write 1984 as a denunciation book rather than as an instruction manual?

A) Bitter irony, unfortunately some of the dynamics described by Orwell are really realizing; however, in the disinterest of much of public opinion and this is worrying.

Q) Let's face it: the goal is another. Do our Nation's fake leaders feel threatened by the circulation of ideas that the internet still allows for?

A) I would say yes. In the USA the impact of sites such as Breitbart, Alex Jones, Zero Hedge has been huge and decisive for Trump's victory. In Great Britain, 90% of the press was oriented for the remain and the voters voted to leave, drawing on information outside the mainstream. This has terrorized the establishment.

Q) The 5 Stars, the hated 5 Stars, are backing a lot on the web: are they the real target of this reform?

A) I would say no more. Beppe Grillo's blog no longer has the same function of a time and the 5 Stars behave more and more like a normal party and in fact we see them more and more often on television.

Q) In all this how does the new electoral law be inserted? The Rosatellum recently approved by a large majority?

A) Rosatellum is an attempt by PD [Italian Democratic Party - former Italian Communist Party] the first place, but also by Forza Italia, to create the premises to continue to play an indispensable role, whatever the outcome and at the same time limit the success of the 5 Stars. Since it is difficult for the center-right coalition or the center-left coalition to get the majority of seats, just today we talk about a possible Grosse Koalition Renzi-Berlusconi. Certainly it is not a law designed to foster governability and the fact that it has been approved by relying on "trust" tells it long on intentions.

Q) Earlier in our first interview, you expressed the view that there was a disaster around the corner and it would not be Matteo Renzi to save Italy. How do you see our next future today?

A) Under what conditions is Italy is evident. The government tries to convince the public that the country is growing but unemployment is high, public debt is at record levels, unbearable taxes, and less and less guaranteed pensions. Let's add social destabilization caused by immigrants and the picture is dramatically clear. There has been no breakthrough because the EU did not want to offer any chances to "populist" ideas, but the perspectives have not changed: Italy remains heavily weighty in the medium to long term, and when the ECB and Brussels will be back on intransigence, people will unfortunately pay a very high price.