Can Baghdad join the existing geopolitical axis of Moscow, Tehran and Damascus? On July 23, Iraqi Vice-President Nouri al-Maliki started his four-day visit to Russia. On the eve of the visit, Maliki made it clear that Baghdad was ready to challenge the United States. According to him, the Iraqis oppose the deployment of US military bases in the country and are ready to buy Russian weapons. 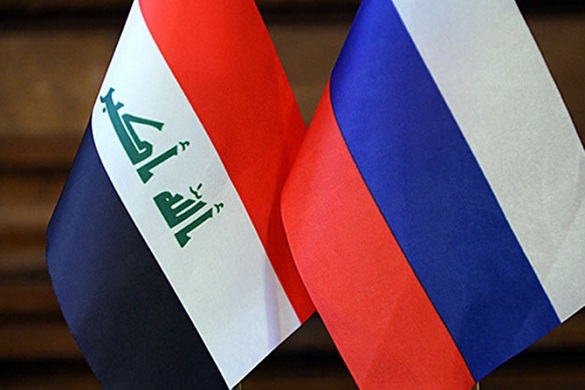 Will the visit give an answer to the question of which side Iraq is on? A study conducted by the Institute for International Studies at Brown University showed that the costs that the United States incurred during the war in Iraq exceeded two trillion dollars, of which $1.7 trillion was spent directly on military operations and $490 billion - on various payments to veterans of war.

Having spent so much money on Iraq, Washington will try to do everything possible to ensure Baghdad does not get out of the sphere of US influence.

Iraq takes a strategic position in the Middle East just because it is the second largest oil producer at OPEC. Today, Iraq produces about five million barrels a day, and the output is expected to grow to eight million. Iraq will thus near the world's largest oil producer - Saudi Arabia.

Given the fact the US uses oil as a political weapon in the energy war against Russia, one shall assume that Iraq's move to join the Moscow-Tehran-Damascus axis, may thus challenge the geopolitical role of the USA in the Persian Gulf.

How realistic is this scenario? Excerpts from Nuri al-Maliki's interview with Russian news agency RIA Novosti held prior to his departure to Moscow show that Iraq has serious issues in its relations with the USA.

The Iraqi vice-president said that one should not celebrate the so-called US military victory in Mosul. "Yes, the Americans supported us with their airplanes, but this victory belongs to Iraqi soldiers, people's militia and Armed Forces of Iraq," he said adding that the victory over terrorists in Mosul was not final.

Nuri al-Maliki unequivocally stated that his country was opposed to the deployment of US military bases. Nikolai Sukhov, senior researcher at the Institute of Oriental Studies of the Russian Academy of Sciences, believes that the US aggression against Iraq, during which Saddam Hussein was overthrown, plunged the country into chaos, and now Iraq lives as a fragmented and destroyed state, where anti-American sentiments are commonplace both among Shiites and Sunnis.

Baghdad and Moscow have been developing cooperation in the field of defense during the recent several years. This factor indicates that Iraq is no longer a loyal military ally of the United States in the region, like Saudi Arabia and Kuwait.

In 2012, Russia and Iraq signed a package of agreements in the field of defense cooperation worth 4.3 billion dollars. Under the terms of the contract, Russia began shipping 43 helicopters Mi-35M and Mi-28NE (Night Hunter) to Iraq.

In May 2014, Iraq signed an agreement with Russia on the supply of more than ten Su-25 attack aircraft. In October 2014, Moscow shipped a large batch of modern air defense systems to Baghdad. In July 2015, Iraqi Minister of Defense Khaled al-Obeidi and director of the Russian Federal Service for Military-Technical Cooperation Alexander Fomin signed an agreement on cooperation in the military sphere. In July 2017, Russia and Iraq signed a contract for the delivery of T-90 tanks to Baghdad.

Thus, the chronology of Russia's arms shipments to Iraq shows that the Pentagon has something to worry about. After all, Baghdad could be purchasing helicopters and air defense systems from the USA, but prefers Russian military hardware instead.