Reagan and Gorbachev vs. Stalin and Roosevelt

Our longtime expert, professor, president of the American University in Moscow, Edward Lozansky, assessed the results of diplomatic negotiations between high representatives of the Russian Foreign Ministry and the US State Department as inconclusive. However, it would be strange to expect deputy foreign ministers of Russia and the USA to make any final decisions regarding the matter of the Russian diplomatic property that was arrested in the United States. This is not what officials of this level can do. Sergei Ryabkov and Thomas Shannon simply could not be commissioned for anything other than consultations. The questions that they discuss are to be finalised at higher levels. Therefore, pessimistic assessments of the outcome of the long-standing negotiations, or rather, the absence of their visible results, sound at least premature. 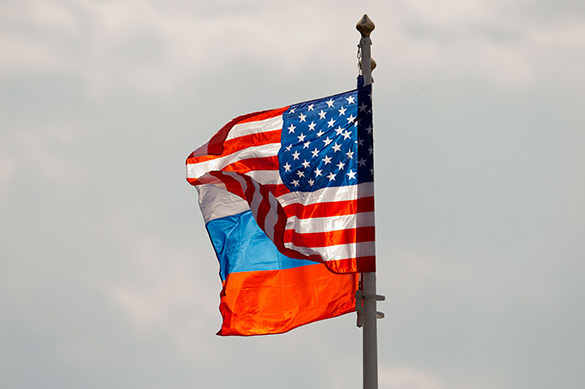 Mr. Lozansky also believes that Donald Trump's failure to fulfil his pre-election promises to improve relations with Russia reflects Moscow's "humiliation and weakness." Apparently, the logic here is as follows: as long as Trump evades his own obligations, it means that Moscow failed to make him fulfil them.

Yet, Trump did not give that promise to Moscow - he gave that promise to American voters. Therefore, it is American voters who seem to be unable to force their leader to keep his word. At the same time, it is well known that Trump promised to establish the relations with Russia which would be most beneficial for the United States. Moscow wants to make them beneficial for Russia. Consequently, the lack of visible progress indicates the strength of Moscow's positions and its persistence, rather than weakness.

If Deputy Foreign Minister Ryabkov had showed weakness and allowed Trump to fulfil pre-election promises, it would have been much worse. The United States would have agreed to return illegally arrested Russian diplomatic assets in exchange for certain concessions. And in this case, the achievement of rapid results would indeed have indicated Russia's weakness.

According to the esteemed professor, Russia should put emphasis on soft power, people's diplomacy, and interact with the forces in the US that would like to develop more constructive relations with the Russian Federation. At the same time, however, the US authorities, or the US regime, better to say, does everything possible not to let Russia conduct any work in this direction. The degree of official Russophobia, which is imposed on the American (and all Western) society is unprecedented. It appears that any contact with any Russian individual in the USA is considered a crime already.

Moreover, people's diplomacy (soft power) may become harmful if there is no framework set for it on the state level. Let us recall that the term and the phenomenon of people's diplomacy emerged in the Gorbachev era, when Soviet diplomacy was powerless. The work to defend national interests was replaced with the policy of regular exchange of public delegations. The purpose of that, as it seemed, was to know each other better and remove mutual distrust as obstacles on the way of the development of relations. As a matter of fact, the goal of that work was to prepare Moscow's capitulation by forming an influential pro-American lobby in all sectors of the Russian society.

Mr. Lozansky mentions the US-based Reagan Gorbachev Project, which, apparently, was conceived as a mechanism of people's diplomacy. The professor suggests a similar organisation should be created in Russia. To be honest, it is difficult to choose less suitable words for the name of the organisation the mission of which would be the work to improve the Russian-American relations. Reagan and Gorbachev are the gravediggers of the USSR, they are the architects of the collapse of a great country. Their names can be associated only with the further disintegration - now of Russia.

It was under President Reagan when aphorism "there are more important things than the peace" was born, and it was him who called the USSR "the evil empire."

Of course, the era or Reagan and Gorbachev symbolised the appearance of new opportunities for many. Yet, it is impossible to imagine how the experience of the past can be used in today's Russia, where there is no place for either Reagan or Gorbachev. What about Stalin and Roosevelt? During their time, the relationship between Moscow and Washington, between the peoples of the two powers, was much more saturated, constructive, and friendly, was it not?