Recep Tayyip Erdogan may be the most powerful man in Turkey but Erdogan's plan for Turkey as a geopolitical giant is over before it started. The best he could hope for and in the end came away with was some cooing noises about being an important NATO ally...but with undertones of "don't get any ideas". 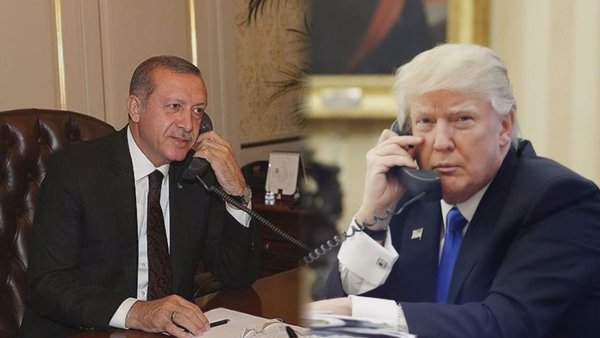 There is no doubt that Recep Tayyip Erdogan came away from Washington on Wednesday with egg on his face, although less embarrassed than he would have been if Donald Trump had brought up human rights abuses, given that Turkey has always been and remains the European capital city of Torture.

This meeting, on Wednesday 16 in Washington, was heralded by Ankara as the new beginning but it turned out to be the continuation of a relationship with difficulties in which Washington is the master and Turkey the obedient serf. More of the end of a new beginning or the beginning of the end for Erdogan as a somebody on the international stage. He may be mister big wallah wallah in Turkey but he is a nobody outside.

Erdogan came to the USA bouyed by his referendum victory in which the more conservative, rural areas of Turkey backed his move from secularism to Islamism and giving him absolute power to do so. Erdogan came to Washington with three clear goals on the agenda, three clear goals which were not up for discussion - getting the USA to stop arming and working with the Kurdish People's Protection Units, or YPG (Yekîneyên Parastina Gel‎) and to regard them as a splinter of the PKK (Partiya Karkeren Kurdistan), considered by Ankara as a terrorist group; the second objective was to secure the extradition from the USA to Turkey of Fethullah Gülen, who used to be an ally of Erdogan but who became his arch-enemy because of his part in an anti-corruption investigation in 2013; and finally, to engineer a free hand in Middle Eastern politics for Turkey, enabling sectors of Turkish society to take advantage of the chaos to the south, in Syria.

So eager was Erdogan to score that he sent a top-level committee to Washington one week in advance to negotiate the deals: Ibrahim Kalin, his personal advisor; Hakan Fidan, the Head of Turkish Intelligence; General Hulusi Akar, the Chief of General Staff and Bekir Bozdag, the Justice Minister.

Erdogan failed in the three objectives, receiving a pat on the head, thanks for being a good and faithful (and obedient) ally in NATO, guarantees that the USA wants to bolster intelligence sharing with Turkey and nothing much else.

Being the control freak he is, this could not be described in any other way except a bitter disappointment for Erdogan. Using the failed coup last July as an excuse, and hoisting the Gülenist flag as a banner to gather around, within days Erdogan had closed 131 newspapers, arrested 1.845 journalists, closed 1,043 private schools, 1,299 charities, 15 universities and 35 hospitals, disbanded 19 trade unions and purged the police and military to the tune of 15,000 personnel. For starters.

In the most complex mosaic which is the Middle East and more specifically Syria and Iraq, Turkey does not get the green light from its American bedpal to go back to being an Ottoman master over its former vassals. Syria is a word which spells bedlam and chaos, with each and every international player sponsoring a faction or terrorist group in the country. Russia supports the legitimate democratically elected government. And the other, dear, "international partners"??

Whatever the case, it's Moscow and Washington in Syria and over Turkey. Period.