US and South Korea preparing an "Arab Spring" in North Korea?

"Instability," "regime change," and "collapse" of the North Korean system are discussed by US and South Korean experts 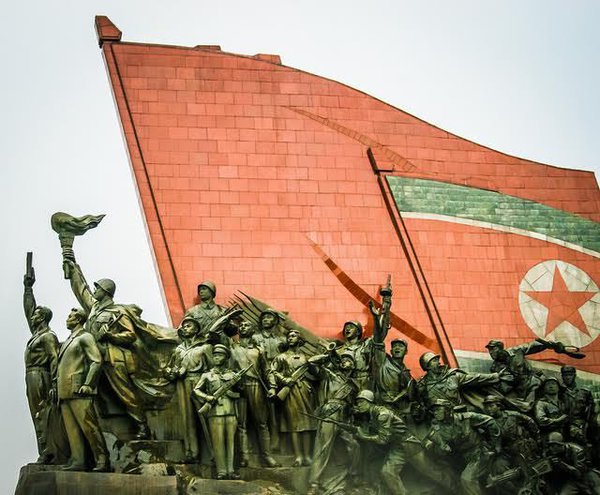 It seems unlikely that the US will attempt to militarily attack North Korea and start a conventional war on the Korean Peninsula, especially after Pyongyang has withdrawn from nuclear weapons, which is seen as a deterrent mechanism for that country.

But even after President Donald Trump lowered the tone of his rhetoric, North Korea remains vigilant. Recently, the official daily Rodong Sinmun said that "Washington still has plans to occupy the northern part of the Korean Peninsula with the help of its allies, Japan and South Korea."

Also on Friday (5), the country accused the US and South Korea of plotting a terrorist attack on North Korean leader Kim Jong-un from an action orchestrated by the intelligence agencies of those two countries within territory of North Korea that would cause his murder with biochemical substances.

The US establishment has been studying ways to achieve this goal for decades without any strong results so far. A recent initiative seeks to find formulas to realize this desire without the need for a conventional war, but rather using more subtle means of aggression.

The NK Instability Project conducted by the US-Korea Institute of School of Advanced International Studies at Johns Hopkins University in Washington has held a series of workshops between 2016 and 2017 to discuss the potential for destabilization and collapse of North Korea's government and political and economic system.

From the workshops, academics and researchers have produced reports in which they thoroughly analyze scenarios of "chaos" and "regime change" in the Asian country.

In one of them, entitled "The Arab Spring and North Korea," the author, Dr In Nam-sik, a South Korean expert in the Middle East, addresses the possibility of a North of the Korean peninsula equal to those seen in the Arab countries recently, known as the "Arab Spring".

According to the author, a "regime change" in North Korea could be similar to what happened in Tunisia, Egypt and Libya. In the first case, the government was dismissed and the country is now seeking to follow a Western-style liberal democratic line, albeit with difficulties; In the second, the system has hardly changed and seems to be only continuing the previous regime; In the third, there is virtually no government and the country has become a territory divided into tribes fighting each other to gain power, while terrorist groups like ISIS have a strong presence there.

Other authors also compare the possible future of North Korea with that of other nations that experienced similar regimes that were overthrown.

They discuss the possibility of the fall of the government through international pressures and sanctions, which has been occurring for years, causing economic and humanitarian difficulties. The radicalization of this strategy, although it has not yet had any effect against successive Pyongyang governments, could lead to popular dissatisfaction.

Conspiracies within the army and the ruling party, as well as the sudden death or even the murder of Kim Jong-un, are also taken into account for future "instability", "regime change" or "collapse" of the country. It is not ruled out that there may be a civil war or an invasion of North Korea by South Korea and the United States.

However, this last event is the most unlikely, according to the authors' general view. Even the strengthening of civil society that allows the birth of organizations opposed to the government is seen with doubts, analyzing the history of the country, which has a very cohesive and united society.

Despite the difficulty of finding a loophole that would allow it to interfere directly within North Korean government and society, the United States continues to seek control of the entire Korean territory without the need for open warfare.

Looking back, the frequent denunciations by Pyongyang, which are ridiculed by the international media, are not at all fanciful. This is precisely why North Korea seeks to give special attention to its security system.