The Christian Democratic Union showed a brilliant result in the elections in the German federal state of Saar, German Chancellor Angela Merkel said. The elections in Saar have marked the start of the political campaign of 2017, the culminating point of which will be September elections to the Bundestag. 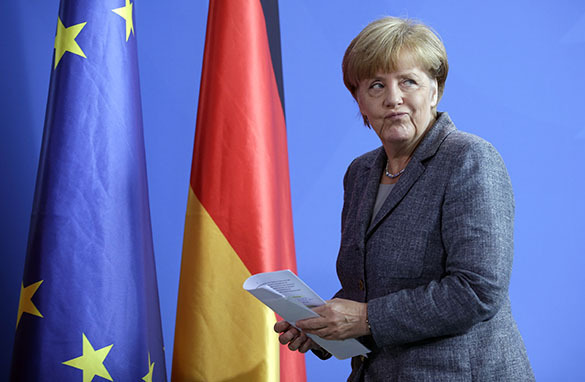 Merkel's Christian Democratic Union gained 40.7% of the vote, whereas the Social Democratic Party led by candidate for chancellor's post Martin Schultz showed the result of only 29.6 percent. No one would have paid any attention to the elections in Germany's smallest federal state, if it was not for the striking difference in the percentage of votes that Germany's two major parties gained. According to experts, the CDU could not achieve such a result even in 2012, which was a positive year for Angela Merkel. As a result, one can see only one player in the political arena of Germany.

At the same time, political scientists were expecting something fresh from the vote in Germany, columnist Mikhail Scheinkman wrote in an article for RIA Novosti. Many believe that the elections in the Saar would bring victory for the new head of the Social Democrats, because Merkel and her associates let things slide in the region. Numerous polls were suggesting a different outcome too. However, the SPD can count only on the role of a junior partner in a large coalition.

It looks like Social Democrats have a new captain, but no program. At least, Schulz's plans for his first hundred days as Chancellor do not differ from earlier plans of the SPD.

Prior to the elections, Schultz announced two of his priorities: strengthening the European Union and eliminating inequality, when, for example, women are paid less than men, even if they work under the same conditions. The question remains: if there is a woman that already carries the burden of the EU on her shoulders, is there a place for Schultz there?

In November of 2017, it became known that Merkel would run for the fourth term. According to her supporters, the German Chancellor intends to defend European values ​​and contribute to the strengthening of the international liberal order. According to Spiegel columnist  Jacob Eigstein, Germany has already paid a very high price for Merkel's lack of interest in Europe, her disregard for social division and her antipathy towards Russia. Merkel's chancellory creates the appearance of predictability and stability, the journalist believes.