Where is NATO moving? Who needs NATO today? Why does the number of US troops outside the United States continues growing at the time when the USA seemingly takes efforts to cut its military presence in foreign countries? Why does the USA increase arms shipments to Europe? Why has Europe started struggling against its fuel dependence on Russia? Pravda.Ru editor-in-chief Inna Novikova discusses these issues in an interview with the chief of the Center for Political Information, Alexei Mukhin. 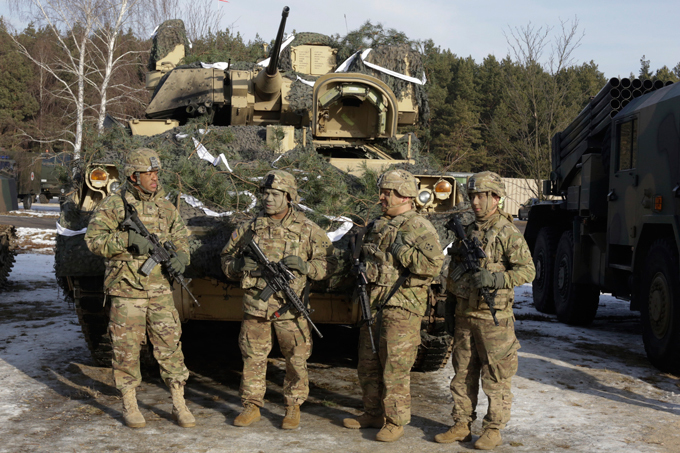 "Do you think that NATO is rather a political and bureaucratic organization, a successful business project of the United States of America? The alliance does not have joint troops under single command. Nevertheless, a huge US contingent is present in every NATO member at the time, when many members of the alliance express their dissatisfaction with this, especially in Japan."

"Let's not play the hypocrite. There is an agreement, in accordance with which the United States has no right to increase its military presence in Europe, and they observe this agreement. All these maneuvers take place on the basis of the principle of rotation, when some leave and others come to replace them. The problem is that it has become more conspicuous recently than it has been before.

"They send thousands of units of military hardware to Poland, the Baltic States and Germany, etc. Indeed, NATO's military presence near the borders of Russia is now the largest since the times of WWII. Yet, we still do not know what is going to happen next."

"In connection with recent statements from Donald Trump, if they leave Europe and other countries, they return home, where, as it appears, they may expect job cuts. Can it really be the case?"

"Let's turn to our recent history. Obama had promised to withdraw US troops from Afghanistan ..."

"True. The USA had withdrawn some of its troops from Afghanistan, but those troops were immediately replaced by private military companies affiliated with the Pentagon. There's small choice in rotten apples. They took soldiers out, got the private military in. I think this story will repeat again and again."

"Where did the withdrawn troops go?"

"Most likely, they had been redistributed in Europe on the basis of the same principle. Not that long ago, the US closed a military post in Afghanistan and moved the military to Latvia. In Europe, the USA will continue clouding waters, but Europe will have to pay for it. Trump promised in his election campaign that the Europeans would have to pay for their defense, and so they will.

"The system with the delivery of expensive American fuel, such as liquefied gas, has not worked. After all, it required infrastructure and huge extra funds. The US wanted Europe to fund all that. Yet, collapsing oil prices made the idea absolutely inviable.

"Russia is very near and its fuel reservers are overwhelming. Plus, the Russian fuel is not expensive at all. Germany builds the second stretch of the Nord Stream project, the Turkish Stream has been reanimated. There are all chances now to reanimate the South Stream too."