Well-known political consultant, President of the Russian Association of Political Consultants, Igor Mintusov, paid a visit to Pravda.Ru to talk about recent events, such as an apology to Russia from Turkish President Erdogan for the shoot-down of the Russian bomber plane, likely consequences of Brexit and Vladimir Putin's visit to Beijing. He also expressed his opinion about the threat of a global war. 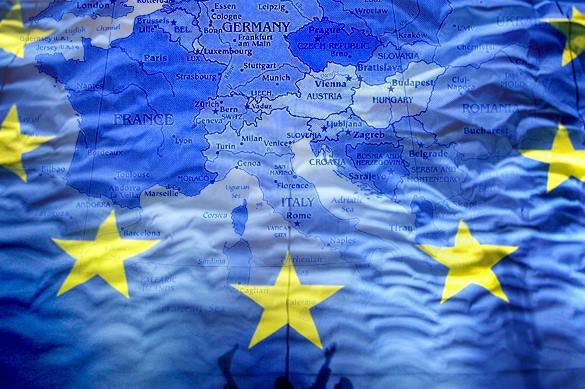 "Why do you think Turkish President Erdogan has finally decided to send Putin a letter of apology and condolences?"

"The first thing that I want to say on the subject is "God works in mysterious ways." This was quite an unexpected message. Obviously, it took Turkish officials months to prepare the "unexpected message." Influential political forces in Turkey put pressure on Erdogan to change the situation this way or other, because the Russian-Turkish political and economic relations were approaching zero.

"This is a victory of common sense and a victory of the forces, not only in Turkey but also in other countries, that are interested in resolving the situation in Syria and on the Turkish border. These are the forces that want peace and compromise."

EU's backbone consists of Germany and France, but not the UK

"Some people point out the fact that the letter from Erdogan has coincided with Brexit. It is incidental? Does Turkey change its political line to become a member of the European Union?"

"Although both events occurred within one week, it's a coincidence without causation, I believe.  For Erdogan, there were more substantial challenges at stake associated with the Russian-Turkish relations. They are strategically important for Turkey."

"Were you surprised about the results of the Brexit vote in the UK?"

"Many years of work in counseling have taught me to wait for results rather than predict them. Yet, the results of the Brexit vote came very disappointing for me."

"What is going to happen next? Will this decision disappear under tons of paper, or can we expect something to be done quickly at this point?"

"Neither the UK nor the EU are going to do anything quickly just because the votes were divided almost equally. It is clear that on both sides, there were influential social and political groups that were lobbying the decision and struggling against it at the same time. I think that the development of events in this direction will be very slow.

"The UK has two years to leave the EU. Questions arise about Scotland and Northern Ireland who said that they were not satisfied with the results of the Brexit vote. They refused to pull out from the EU and intend to remain there independently. Britain was not the cementing player in the European Union. Like it or not, the backbone of the European Union consists of Germany and France."

"As a result of Putin's visit to Beijing, Russia and China signed very important documents about international strategic partnership. Joint statements were released about the need to strengthen global strategic stability and cooperate in the field of information. What does such a lightning-fast visit mean?"

"It illustrates that any state is like a huge inert ship. The political decisions that President Putin made when he announced that Russia was turning the wheel of economic and strategic cooperation towards the East, have started to materialize in practice.

"Despite the disappointment of many economists regarding gas and oil deals, the movement continued. Thousands of people from the Foreign Ministry and other external organizations were working hard to make our relations more intimate. Now the contracts have been signed."

"Moscow and Beijing publicly say that the aggressive US leadership could lead to the outbreak of a global war. The Americans may risk to strike a preemptive blow, but Russia and China warn the USA that they will not be able to succeed, if they dare. Do you think a global war can be possible? Are you afraid of it?"

"I am afraid of it. Those who say that the US can launch a pre-emptive strike can substantiate their point of view, and they know, of course, that a retaliatory strike will follow. The West is constantly justifying its military preparations by someone else's aggression."