Disorder in US army goes off scale

In case of a conflict situation the American military my react in not an appropriate way and carry out hasty actions just because some of the soldiers on alert may be drugged, Victoria Legranova, specialist on international security assumed, while talking with the Pravda.Ru correspondent. 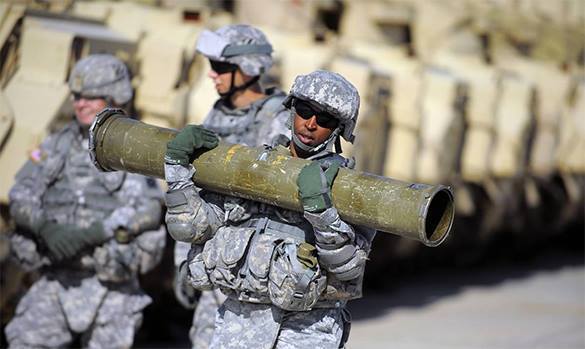 The case is about recent scandal, when Warren Air Force Base service men, located in Cheyenne, Wyoming, were accused of drug possession and abuse. 150 nuclear missiles are stored in the base, and over 1,000 people service them. Thus, the society voices concerns.

Victoria Legranova admitted that disorder is quite high in the American army. According to her, many bases that are situated abroad, including the Central Asia, Middle East, and Europe, de facto are not secured from either air attacks, or terrorists penetration. "Territories of these bases are quite large, and the perimeter is badly controlled, the service men are relaxed, three meals a day," the expert counted up the reasons. "The military men are distracted, as they watch films, have a rest, eat steamed scallops, five salads a day, and so on. It's not bad, but combat readiness of these armies raises doubts. General order is also alarming. Legranova evidenced that officers often have real mess, equipments are kept duly."

beside that, it should be taken into account that tactical nuclear weapons may be easily taken out of the territory under such circumstances and they may strike anywhere, even in the centre of New York.

"When the enemy is savage bedouins, or poor oppressed Libyans, they may be bombed out from the aircraft and then mopped up by the infantry. But in case of trained terror groups, there are certain doubts," the security expert is sure.