US general Philip Breedlove, NATO Commander in Europe as well as the Commander of U.S European Command, claimed on Tuesday at a NATO briefing in Brussels that refugees from the Middle East and North Africa are "masking the movement" of terrorists and criminals, despite the protests of human rights groups who say that refugees overwhelmingly have no ulterior motive but escape. 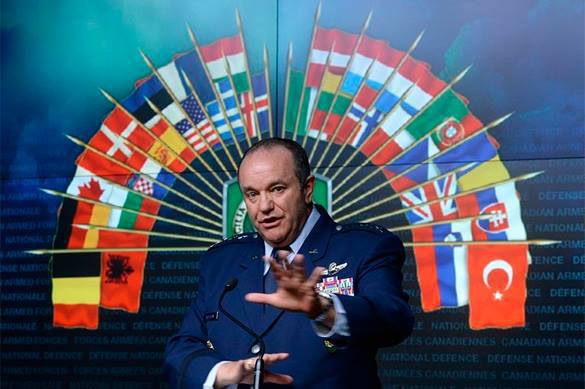 Nothing particularly shocking there as it is a risk that has been frequently exposed by several security analysts, even though those cooperatives and politicians that work in the refugee business do not like to hear it.

However, it is funny to hear how, in Breedlove's opinion, the cause for such flow of immigrants is the Russian military campaign against ISIS; that's right, according to NATO's chief the airstrikes "nominally against Isis but largely against the various rebel groups arrayed against Assad, have allegedly killed more than 1,000 civilians, including children", adding that these indiscriminate attacks mean to terrorize Syrians and "get them on the road" toward neighboring countries and Europe.

He also stated that "ISIS is "spreading like a cancer" among refugees. The group's members are "taking advantage of paths of least resistance, threatening European nations and our own".

In few words, according to General Breedlove, ISIS would be benefiting from Russian airstrikes which would not be aimed at jihadists but rather at "rebel groups" and that is the main cause for the major refugee flow towards Europe that becomes a perfect "horse of troy" for potential terrorists.

Breedlove pressed for more effort against ISIS and Assad and also added that the Kremlin and Assad use migration as a weapon to weaken unity and infrastructure while European nationalist groups that oppose immigration also weaken the continent and could become a threat.

In this case too, nothing new as Breedlove's strong anti-Russian position has always been known as he is a major supporter of an aggressive policy against Moscow, which he defined "long-term existential threat".

Going beyond the fact that it is quite odd to see the head of NATO trespass into such low-level political comments, it is worth pointing out a couple of facts:

- If General Breedlove really wants to defeat ISIS, then how come he is not calling Turkey a "long-term existential threat" due to its clear and systematic support to ISIS?

- Who does he exactly refer to when he uses the term "rebel groups"? Perhaps al-Qaeda's Jabhat al-Nusra? Or the various Muslim Brotherhood-linked militias? Or maybe the "Islamic Front"?

- If Russian airstrikes have been useless against ISIS, then why are the jihadists losing major ground, making Erdogan hysterical about a Turkish land intervention (that will never occur)?

- If ISIS was actually strengthened by the airstrikes, then why would the number of defections by jihadists be on the rise?

- Does General Breedlove have any tangible evidence of Russia's bombing of civilians? Evidence that hopefully is slightly more accurate than the one presented in relation to the Malaysian airliner brought down over Ukraine.

- If NATO is so concerned about terrorist infiltration inside Europe through the refugees, then why is KFOR carrying hundreds of refugees with their own ships into Italy? [3]

- Why is Breedlove so concerned about European nationalist groups? Perhaps because they would limit and weaken America's influence in the Old Continent?

- Why would Russia want to weaken Europe, which is not only its neighbor, but also a major commercial partner?