How has life changed in Latvia in recent years? Do the Latvian authorities intend to close all Russian schools in the country? Who can defend the rights of the Russian-speaking population in the Baltic country? Pravda.Ru talked about it to Latvian human rights activist, Illation Girs. 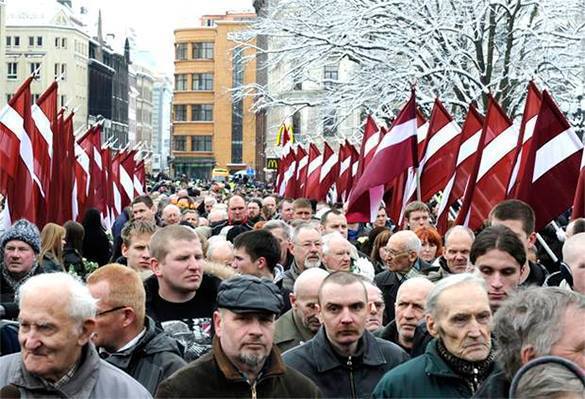 "Has anything been changing for the better in Latvia lately?"

"Nothing has been changing, either economically or socially. When Latvia entered the European Union in 2004, we were told that in 2012 the country would live on the level of Old Europe -Germany, France, England. Now we are told that we can reach this level only in 50 years at best. However, if there is no progress within the scope of one generation, there is no progress at all."

"What happened to the Soviet heritage in the Latvian industry?"

"All the Soviet heritage of the Latvian industry has been destroyed. The Latvian government did not want all that, so they changed it to shopping centers. You know, Ukraine's Finance Minister Yeresko has recently said an incredible thing. She said that one did not even have to read the IMF program as it is most important to take part in it. According to her, if you are in this program, then you are going in the right direction, and it doesn't matter what the program says. This is what the Finance Minister said! The IMF has tried to rescue the economies of so many countries, but I do not know even one example of success. As a rule, IMF programs are associated with the enslavement of people.

"Latvia has borrowed from the IMF, so all the lamentable consequences that we are now seeing - decline in medicine, in education, the reduction in funding, - all this is the "success story" from the IMF."

"Who is the "master of life" in Latvia?"

"Most likely, it is the United States. Even the ethnocratic elite that we have in Latvia today looks fake. There were local oligarchs in the country, but they were removed from power."

"Was it possible for the Russian-speaking population in Latvia to obtain the status of a large minority?"

"The European Union is abstracted from this. EU officials say that this is an internal affair of Latvia."

"What about the Basques? Are they an internal affair of Spain?"

"The Basques is a different story as they are consolidating and uniting. In Latvia, unfortunately, the Russian community has been degrading for a long time. They should have fought for their rights vigorously. If the Russian-Speaking population - two-fifth of the whole country - went on strike one day, life in the country would stop.

"I believe that the key to solving the conflict situation in Latvia lies outside Latvia. If Russia had made a considerable effort, it could have solved this situation in various ways. Russia should have raised this issue with so-called "Western partners" in a very tough way so that they see that they need to address Russia's protest to do something about the problem.

Russian minorities should fight hard for their rights

"The Russian community in Latvia is still looking at Russia with love and hope, even though the Latvian authorities continue to eliminate Russian education and turn the Latvian Russians into "European Russians" - the people, who trash Russia saying that the West is paradise and Russia is hell."

"What is happening to Russian schools in Latvia?"

"What language do Latvian or Estonian politicians speak?"

"They speak Russian between themselves, but they speak their language on camera."

"You live in Europe - can you say that you appreciate European values? There are people in Russia who are convinced that Europe is a place of freedom."

"For the Russian-speaking people, Latvia's incorporation in the EU has led to bigger problems. The Baltic ethnocrats received immunity for violating the rights of the Russian-speaking population. The EU no longer criticizes Latvia, Lithuania and Estonia for those violations, as the EU does not criticize its members - they are ready to criticize the world around them. They are worried about human rights violations in China or India, but not inside the EU. European values, in my opinion, are nothing but a propaganda of lies.