Russia and Saudi Arabia to make the new Middle East

Two high-ranking representatives of the countries of the Arabian Peninsula - Saudi Arabia and the United Arab Emirates - have recently paid a visit to Russia and met with Russian President Vladimir Putin. These two countries, according to Western media, are skeptical about the operation that Russia is conducting in Syria. Is it true to fact? How can Russia cooperate with leading countries of the Arab world? Pravda.Ru conducted an interview on the subject with senior lecturer of the School of Oriental Studies at the Higher School of Economics, Andrei Chuprygin. 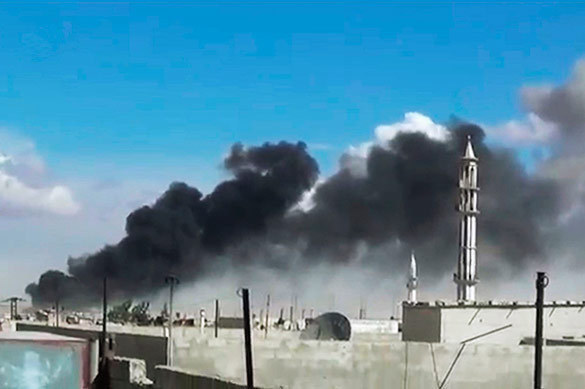 "How do Saudi Arabia, the United Arab Emirates and their allies assess Russia's military operation in Syria? Do they see it as a problem?"

"The appearance of Russian airplanes and helicopters in Syria does not seem to be a huge problem either for Saudi Arabia or the United Arab Emirates. It is the Islamic State the poses the biggest danger to these countries, especially to Saudi Arabia. I believe that the Islamic State is already a state, some call it a terrorist group or a pseudo-state. I think of it as a state that has been formed within certain borders.

"The Islamic State lives for the doomsday when it captures Mecca and Medina and destroys the Black Stone. This is Salafism in its most extreme form. It also poses a direct threat to the territorial integrity of Saudi Arabia. I assure you that the leadership of Saudi Arabia do realize the threat, and this is the reason why Saudi Arabia and the UAE contact Russia.

"Therefore, one can not say that Saudi Arabia, the Emirates, the Gulf countries in general, are skeptical about Russia's operation on the territory of Syria. They can not deny the fact that the operation has been successful so far, especially against the background of absolute despair and deadlock, in which the US-led coalition has found itself.

"Saudi Arabia is taking a virtual part in the operation. For the Sunni countries in the Middle East, a direct clash with the Sunni group of the Islamic State will entail a multitude of negative consequences. The participation of Saudi Arabia in coalition operations is rather restrained.

"The Gulf States have been trying to contact Russia recently in an attempt to look for the right decision. Yet, Saudi Arabia and the United Arab Emirates are looking for a solution for themselves, rather than for Russia or the United States. All the media hype is a part of propaganda. Reports from many Western media about Russia's actions in the Middle East are an example of a classic version of double standards."

"According to the West, there is no common ground for such cooperation, because Russia allegedly supports Assad, whereas Saudi Arabia and other Middle Eastern countries are against him."

"I do not agree with this view. Saudi Arabia does not want him to go now. In general, it would be strange to listen to anyone from a Persian Gulf monarchy speaking about a bloody dictatorship. It goes about the Gulf States vs. Assad as the conductor of the Shiite Iran in the Middle East.

"Iran has been building the Shiite belt in Syria throughout all these years, posing a threat to the Sunni supremacy of Saudi Arabia in the region. Yet, I do believe that Bashar Assad is not ready to welcome Iran in Syria. Assad is an Alawite. The problem is about Iran.

"Therefore, it appears to me that the position of Saudi Arabia and the Emirates about Assad does not differ much from the position of Russia. In fact, Russia has never proclaimed the slogan "Hands off Assad!" Russia advocates for the preservation of the current regime in Syria. Russia supports a national dialogue.

"Of course, Syria will never exist the way it was in the past. Iraq will not be the way it used to be either. Too much blood has been shed, and ethnic conflicts have gone too far. Russia can help these countries solve their problems. Russia's operation in Syria will make peace talks in the Middle East happen a lot sooner. We can see Saudi Arabia and the Emirates in Moscow negotiating with Putin already. Two crown princes are the people who will be creating the new Middle East. The fact that they came to Moscow is definitely a good sign."