Many liberal experts in Russia like to resort to the "experience of western countries" no matter what the subject of their discussion might be. However, it appears that one should be very careful when it comes to this experience. For example, the authorities of "civilized" Great Britain intend to practice sexual education for minors. British parents were shocked to learn such a novelty. 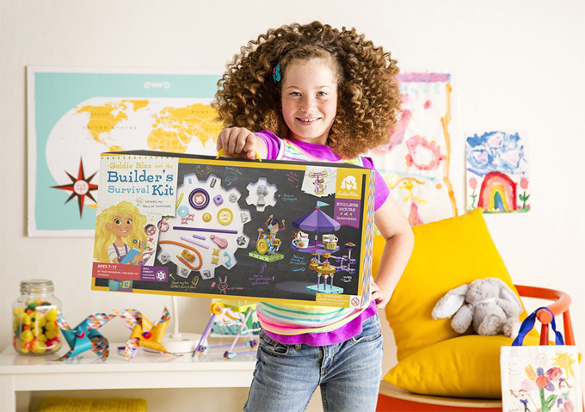 A report from the House of Commons says that primary schools were not obliged to have sexual education classes beyond the lessons of biology. However, the school plan was then changed so that schools could engage into prevention of sexually transmitted diseases among 14-15-year-old students.

According to the BBC, Sarah Carter of Family Education Trust believes that most parents were frightened, when they learned about SRE materials for primary schools. Carter said that the materials did not correspond to the age of the children as each child grows individually, According to Carter, parents should always check the subjects that are taught to their children.

However, the British government can only care less about such warnings from sexologists, let alone parental concerns. Tristram Hunt of the Labour Party promised that his party would make the sexual education program for primary schools compulsory for all public schools.

Hunt, Historian, TV journalist, columnist for The Guardian and The Observer, currently an MP, is a public school graduate. British media have repeatedly reproached Hunt, 40, a father of three (one son and two daughters) for that that his children go to privileged schools.

However, Hunt is convinced that children and young people should learn about the importance of sexual relationship at school. According to him, they should realize the role of family in all of its forms. Noteworthy, Britain is a country that has made gay marriage and homosexuality legal.

Children not ready to perceive information about sexual education

"For The Russian culture and traditions, this is absolutely unacceptable," Lubov Kachesova, a representative of the non-commercial partnership for the protection of family, childhood, personality and health in St. Petersburg, told Pravda.Ru.

According to her, Russian children are not ready to perceive such information at schools. The system if Russian school education starts with lessons of botanics, then proceeds to zoology, biology and finally human anatomy. It is sufficient to have sexual education classes within the scope of these educational disciplines, the pedagogue believes.

"What they are going to do in Britain as education is nothing but molestation in Russia. This is how Russian parents see this problem. They can shock children with lessons of anatomy of human genitals, they can offer them play games that would simulate sexual intercourse. For most of Russian parents, is is absolutely unacceptable," the expert told Pravda.Ru.

"Family must control the educational process and prevent incidents of child molestation. Family must not provoke children's premature interest in such topics. Such information is premature for underage individuals and it does not correspond to their perception. The novelties that they may try to impose on us can only reduce the number of population for the interests of pharmaceutical companies that want to promote their contraception products. This is outside the interests of family," Lyubov Kachesova said.

Sexologist and psychologist Yury Levchenko is also negative about the initiative of the British authorities.

"Children are interested in many things. Children want to know where they came from. They do not expect a detailed answer to this question, although adults think that children need to know all the details. Yet, it is enough to tell them  - your mother gave birth to you, you were living in her belly before you were born. That's it. They will be satisfied with this answer and they will run to play with their toys again. For them, this is enough. Yet, adults may try to tell them the things that they do not need to know or are not interested to know. It's like telling them the rules of differential algebra.

"Homosexuality is congenital, but it can also be a matter of curiosity. This is a disgusting thing, when they teach such things to small children at schools. One should be very careful with this even with teenage students," Yury Levchenko said.

"When we say such things to small children, they start reflexing. They conjecture, and no one knows what they might think for themselves. One should not burden child's psyche with adult perception," he added.

"A child is raised in the environment, in which they live. A boy is raised as a man, a defender, while a girl is raised as a woman and a woul-be mother. Everything is built around these interests and one should not invent anything new about it. Parents should protect children's innocence, Lyubov Kachesova said.

A poll on a British popular website BabyChild showed that most adults believe that children do not need to know a lot of things about sex. However, British MPs have already given the bill the first reading.

Same-sex couples looking for children in Russia and China