International conference in Tallinn will initiate international trial to investigate "crimes of the communist regime". Despite the all-encompassing rhetoric, the claims are certainly lodged against the Soviet "communism". Thus, Urmas Reinsalu, the Justice Minister of Estonia, and initiator of the "absurdity fair" should answer some questions. 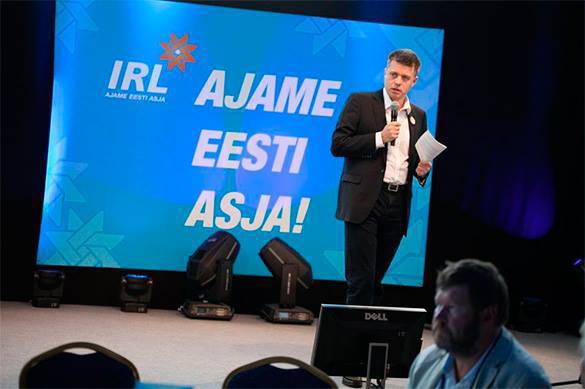 "We should assess the crimes of the Communist regime at the international level and join hands in making it liable. The crimes committed by any communist regimes do not fall under the jurisdiction of any international court now. Therefore, I suggest we conclude an interstate agreement to establish an international tribunal to investigate Communist crimes the same way as Nazi crimes," head of the initiative group (which comprises representatives of Estonia, Latvia, Lithuania, Poland, the Czech Republic, Slovakia, Hungary, and Georgia) the Estonian Minister of Justice Urmas Reinsalu claimed.

The first question to the Minister is: why do you hold the SS marches in your country and call the Nazis (at the state level) to be "champions of liberty"? Don't you know that the Waffen-SS "legion" was under the command of the German Wehrmacht? Why don't you investigate the "Omakaitse" ('home guard') pro-fascist organization activity, which cooperated with the fascist Germany? It was this organization which formed punitive battalions, that carried out mass killing of the Estonian Jews.

And where is the legal treatment of the Reichskommissariat Ostland, which organized the Tartu concentration camp? Why don't you talk about the holocaust of Jews and Roma in Estonia? Nazism was condemned in Nuremberg, so, bring your current activity in line with its decisions, before judging Communism "the same way as Nazism".

The second issue. In order to "equalize" Nazism and Communism, you should look at their ideology. Nazism claimed superiority of one nation (the Aryans) over the other, and called to annihilate the whole peoples, these are the Slavs, Roma, Jews. Nazism promised land to every German and their relatives (the Scandinavians, for example) in the territories of the European states and the Soviet Union, with farm labourers to work for them. Hitler released "the Aryans" from a chimera of conscience, morality, compassion.

What about communism, its ideology ascended to the Orthodoxy. The moral code of communism represented commandments with removed divine will. That is what ruined the Stalin regime. The Soviet communism slid into paganism and paid for this.

Thus, that is not Communism, but Stalinism that should be accused of repressions. Not only Estonians, but also Russians paid for them. However, the XX Communist Party Congress ended with Stalinism, where representatives of the Estonian communists also took part. By the way, are you going to put them in the dock?

The third question. You keep stigmatizing the Molotov-Ribbentrop Pact. But why don't you say that it was preceded by Päts-Ribbentrop Pact, and then Päts-Molotov Pact. Namely your President Konstantin Päts signed a memorandum with Germany on 8 June, 1939 with a reference to a secret article, according to which Estonia should have coordinated with Germany all the defensive measures against the USSR.

But Päts turned out to be a Moscow agent. He got 4,000 dollars a year as a legal adviser, and provided Kremlin with data on the domestic politics of Estonia and state of economy.

Any other country of the small "group of seven" can be looked at in such a time-serving, if not traitorous context. Lithuania, for example, was occupied by the Germans in 1941 according to the Škirpa- Ribbentrop Pact, while the Czech Republic was completely divided much earlier, in September 1938 after the Munich Agreement between Germany, Italy, Great Britain, and France.

So, isn't it better to judge it own traitors?

The fourth question. Estonia became a real state after the Bolsheviks' victory in 1918. Being a part of the USSR, Estonia became a developed industrial country, with living standard higher than in any other Republic. So, which losses have the Estonian people suffered after such "Communist crimes"? Don't you think that Estonia lost much more during your criminal, liberal and fascist regime?

You lost the inheritance, that the Soviet Union left you. Now, Estonia is dying out, the living standard is lower than it was in the USSR, there is no industry, you turned out to be a nation of hucksters, living by the EU sops.

And the last fifth question. Why don't you, the Minister of Justice investigate more socially important cases for Estonia? That is, for example, the burial of 3,000 plague-stricken pigs near Lake Peipus. Those guilty of the crime should be found. Or the Communism is guilty again, as the dump has been present since the Soviet times?

It is not a secret that fascism turns back into Europe, trying to annihilate Russia, its main ideological enemy.

The US doesn't live a day without an initiative: the "drawbacks" at the Sochi Olympic Games, "Yukos", "Boeing", now "communism trial". And where are our initiatives? Where are the trials and claims for killing the Afghans, Iraqis, Libyans?

Maybe we should demand Hungary, which cooperated to fascism, to compensate the destroyed Russian cities?

"Capitalism may be accused as well in such a case," Vladimir Tabolin, Head of Constitutional and International Law Department at the State University of Management told Pravda.Ru.