The King of Saudi Arabia Salman bin Abdulaziz Al Saud is going to pay Russia an official visit at the end of 2015. How will this influence the Russian policy in the Middle East? Will the Kremlin change its stance on Syria? Pravda.Ru conducted an interview with Efim Rezvan, a well-known Arabist, Professor, and scholar in Islamic studies. 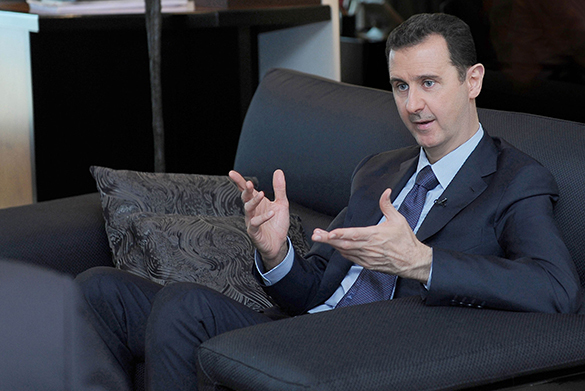 Relations between Russia and the Saudi monarchy have been improving drastically. We are awaiting for the Saudi Kong Salman visit. Before that, an agreement worth 100 billion dollars was signed at St. Petersburg Economic Forum. And that is while Russian relations with the Saudis used to aggravate just because of the Syrian issue. So, what's the matter?

It is related to the revolutionary activity that is currently taking place in the Middle East. And the Iranian nuclear deal definitely pushed the Saudis to look for contacts with the Russian Federation.

On the one hand the Saudis saw that the Americans are ready to let them down, despite having been their partners for many years. The Americans really never pull all the eggs in one basket and their ''divide and rule'' strategy has always been known.

The Saudis try to behave themselves the same way. They have been putting all the eggs in one basket for many years. Now they tried to play the Russian card, and there is also a Syrian aspect here.

Russia once managed to stop the US blow on Syria at the cost of Syria rejecting chemical weapons. Now, as soon as the weapons are removed, the Western partners got to their previous plan, just where they stopped.

The next thing is that the Americans pledged themselves to provide air protection for the rebels they train. They assure the rebels are trained to fight the Islamic State. But we know that a significant number of them will turn to be a part of the Islamic State, and this pledge means legalization of the Western intervention into the territory of Syria. A serious bargaining is going on.

What do the Saudis need Russia for in the Middle East conflict?

First, they want to bribe it, so that Russia does not support Assad. Our Foreign Minister Lavrov offered an alternative. If you want to fight the Islamic State, let's unite all the serious parties, so that Assad's governmental forces enter the coalition, he said.

Lavrov and Putin used to emphasize that they do not hold on to Assad. Do you think that surrendering Assad to Saudis is possible?

They really push us to it now. But I don't think that Kremlin is ready to surrender him at once, falling under an open military blackmail.

Don't you have such a feeling that the West and the Saudi Arabia don't need to combat the Islamic State? If they wished, they could bring troops and end with these 20,000 fighters.

It is evident that noone wants to fight with the IS. The Saudi Arabia may be the only exception, as it may face the IS expansion to its sacred places. However, about 80% of the Saudi population share the IS ideology, and just oppose the methods used to tackle military and political problems.

The IS was orchestrated as a so-called 'Ukraine' for Iran, a constant headache. But it became a headache for the Saudis as well.

Nobody tries to blow the oil companies the IS uses, to reduce its funds. Moreover, only a quarter of the Alliance aviation flights hit the targets. In three other cases planes return with complete ammunition allowance.

The Islamic State is an adversary of the Saudi Arabia, not the US. So, we can benefit from this revival and unite with the interested parties who really want to compete with the IS. Does Russia weave any plans here?

The results of Lavrov's negotiations in Qatar, Doha show that Russia does not give up its position.

What is more, we are more close partners with the Saudi Arabia than the US is. And the Saudis want to entice our armed forces there.

On the other hand, being a partner of the Saudi monarchy, we can get access to its data related to the Islamic underground. It is clear that we also have our political interests, and the Saudis possess resources and data, which can be of some interest to Russia. Thus, the bargaining is going on. The Saudi King visit should be a breakthrough event.