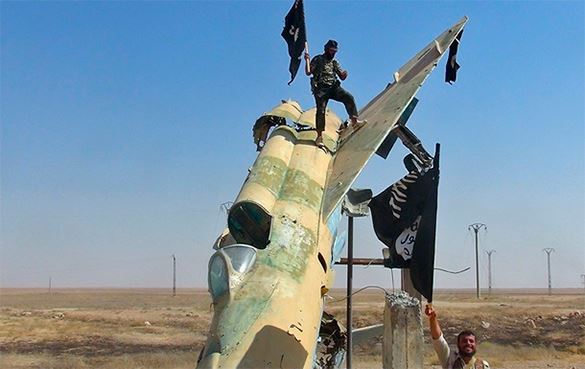 Air strikes of the US-led coalition on positions of the Islamic State (ISIS) do not bring  any results. In late May, Islamists took control of the city of Palmyra in Syria and of Ramadi in Iraq. The West wants to cooperate with Russia in the fight against ISIS. Why not with Iran? Is this because Russia sells weapons, while Iran uses them for fighting?

Noteworthy, the Christian city of Palmyra is 4 kilometers far from Damascus, while the Sunni city of Ramadi is 70 km far from Baghdad. Their capture was probably a matter of time. It is obvious now that Iraq, Libya, Syria, Afghanistan and Yemen will never exist in their previous form. The existence of a sponsor of the "Arab Spring" - Saudi Arabia - remains questionable too. As many as 30 people were killed in Saudi Arabia last week as a result of a terrorist attack.

Turkey understands that it is next on the line. Russia realizes that too as there is a Wahabbi movement in the country. Egypt is also on the list, although the country has put extremist Islamists under control for the time being.

A recently declassified report from the Pentagon shows that the West considered the then group the Islamic State in Iraq (ISI) as its strategic asset back in 2012. The organization was supposed to be used to destabilize the region, in particular to undermine the government of Bashar al-Assad and block the strategic expansion of Iran.

Noteworthy, Iraq is seen in the report as an integral part of the "Shiite expansion". The objective to destroy Syria and isolate Iran was a part of another war of the West against the hostile civilizations that today comprise the bloc of BRICS countries.

The report confirms that the appearance of the the Islamic State became possible only in the context of the Syrian armed rebellion rather than because of the withdrawal of US troops from Iraq.

The strategy was first described in 2007 in an article by Seymour Hersh, "The Redirection." The article showed how Bush administration officials were working with Saudi Arabia to use its multibillion-dollar resources to create "death squads", whose role would be to blow up Hezbollah, Muqtada al-Sadr, Iran and Syria.

A new Pentagon report proves once again that the main threat to the peoples of the West comes from their own governments that sponsor and organize secret Islamist terrorism for geopolitical goals.

The Americans do not control the Islamic State today. The goal of the organization is to conquer as much territory as possible to establish a West-hostile state there. Islamists started killing American journalists - this fact frustrates US citizens at a much greater extent than the sufferings of children in Syria and in the Donbass.

In the USA, people do not see the Islamic State as a movement to topple Syrian President Bashar Assad, like it was in 2011. Today, Islamic State militants have the image of death squads that exterminate Christians and destroy Christian values.

Iraq turns to Russia after US loses control over ISIS

Having lost control of ISIS, the US has lost Iraq - the country that became the grave to nearly 4,000 American soldiers. Today, Iraq is turning to Russia. On May 21, Iraqi Prime Minister Haider al-Abadi conducted a meeting with representatives of the Russian leadership.

"We, unlike other countries that are ready to deliver weapons to Iraq, do not furnish it with any conditions whatsoever. We proceed from the fact that Iraq, Syria and Egypt are on the forefront of the fight against terrorism. We will do our best to satisfy such requests to the maximum to ensure their capability to expel ISIS from their territories," Russian Foreign Minister Sergei Lavrov said.

Perhaps Russia should look in another direction - in the direction of Iran. Today, this country is at real war with Islamists through Hezbollah, Al-Quds and Basij armed groups.

The Iranians are at war with ISIS militants in Syria and Iraq. The Iranians took Tikrit, and it is only them who can prevent the capture of Baghdad and Damascus. However, the USA will keep Iran in sight because of Saudi Arabia. This country is known for supporting and sponsoring foreign Wahhabism. In addition, Saudi Arabia created the petrodollar and brought oil prices down to crush the Russian economy. Therefore, one should welcome Iran to SCO (Shanghai Cooperation Organization) and work with the country to build a new security system of the Middle East.

"Wiretapping Angela Merkel's phone or actively working against Russia in connection with the Ukrainian crisis, for some reason, the NSA is not engaged in the suppression of Islamist activities on the Internet that helps recruit fighters and spread extremist ideology," Yevgeny Satanovsky, President of the Institute the Middle East told Pravda.Ru.

The Americans could play a crucial role at this point. According to the UN, there are over 20,000 legionaries from more than 100 countries fighting for ISIS. As many as 5,000 more fight in Libya and Yemen.

This Charlie Hebdo scenario will be very good to declare martial law in any country of the West.

"Russia understands whom to cooperate with. In the fight against ISIS, Russia's policy is simple. We give weapons to those who need them. We give information to those who need it. No illusions, no intrigues, no ideology - nothing," Yevgeny Satanovsky told Pravda.Ru.