Fifteen candidates are running for president in Argentina. For the first time in 12 years, the new president of the country will not carry the name Kirchner, the Argentine press write, anticipating the victory of the opposition - for example, Mayor of Buenos Aires, Mauricio Macri. Common voters did not support pro-American policy-makers: the people of Argentina want "Kirchnerism" to continue. 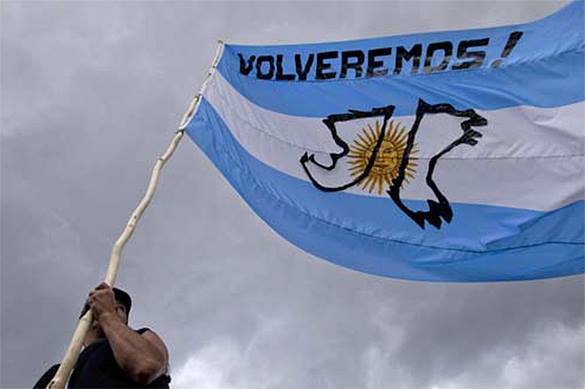 Kirchner dares to claim to have her own opinion

Like "Putinism," "Kirchnerism" receives negative assessment in the West. Western officials accuse Nestor and Cristina Kirchner of the usurpation of power, populism, the collapse of economy and suppression of opposition media. The latter have held  Cristina Kirchner accountable for "concealing the data" about the bombings of the Jewish cultural center in 1994 and for the murder of Judge Alberto Nisman, who was investigating the case.

Eight years of Cristina Kirchner's stay in power in Argentina (2007-2015) are described as a string of strikes, including of the police, hungry riots, looting, technical default, high inflation and a currency crisis.

In general, Cristina Kirchner is portrayed as a politician that was not loyal to the United States. She dared to be friends with Chavez and Castro and claimed to have her own opinion about the Malvinas, the Crimea and joined BRICS.

During the primary presidential elections on Sunday, the Argentines voted for Kirchner's nominee. Primary elections in Argentina are like the first round of the presidential elections (to be held on 25 October). Participation in them is obligatory, and it goes about 32 million people, who held a referendum on confidence to the government. This is a form of feedback that shows if the country is going on the right way of development.

A candidate from Front for Victory, governor of Buenos Aires Province, Daniel Scioli, won, having received more than 38 percent of the vote. He is followed by the candidate from the conservative organization Cambiemos ("Change") and the Mayor of Buenos Aires Mauricio Macri (24 percent). The third place belongs to  Kirchnerist, MP Sergio Massa with nearly 14 percent of the votes from the rightist party Una Nueva Alternativa ("New Alternative").

To win the first round in October, Scioli will have to collect at least 45 percent of the vote, or 40 percent plus a margin of 10 points from the nearest rival. The governor believes that he is quite capable of achieving such results.

He intends to visit Russia and China for business talks. In the coming days, he is meeting with Italian Prime Minister Matteo Renzi and a candidate for the next presidential mandate in Brazil - Inacio Lula da Silva, who has returned to big politics.

Despite economic problems, the majority of Argentines, especially the poorest people, admit that the state of affairs in the country has improved greatly during the time of Kirchner's rule (Nestor and Cristina), Ignacio Ramirez, a political scientist, an expert at consulting firm iBarómetro in Buenos Aires said in an interview with Brazilian newspaper Opera Mundi.

Most people welcome the main trend of Kirchner's rule - the intervention of the state in economic affairs.

Noteworthy, Cristina Kirchner has successfully passed a law on the regulation of property in the media. As a result, the pro-American group Clarin has been deprived of monopoly in this area. She started financing the state ideological machine that was explaining the government's position in economic and political affairs to the population.

Briefly, the government's position is as follows. We are the successors of Peron, the founder of the nationally oriented model of the state, where priority is given to social projects based on revenues from export industries. We will be nationalizing these industries that bring income to the government to subsequently spend this money to support the people in need. We already have an industrial society, a high level of employment, education (each student has a laptop from the state) and an excellent health care system.

We have nationalized pension funds and raised pensions from 200 to 3,000 pesos. We have cut our national debt by 70 percent, and found an agreement with creditors to restructure the remaining part of it.

We are getting closer to Russia and China that have provided their markets for our exports and invest in our education system and nuclear power. In twelve years, we have built 10,000 schools and hospitals, 15 new national universities, hydro and nuclear power plants, launched a space satellite.

We build roads, develop tourism and culture, we have means to reduce poverty and move toward average standard of living, despite inflation of 25 percent. We are respected internationally for our sovereign opinion and the ability to express it. Vote for us, and we will make our Argentina even better!